UK holidays: This unlikely location is home to the UK’s most desired tourist destinations 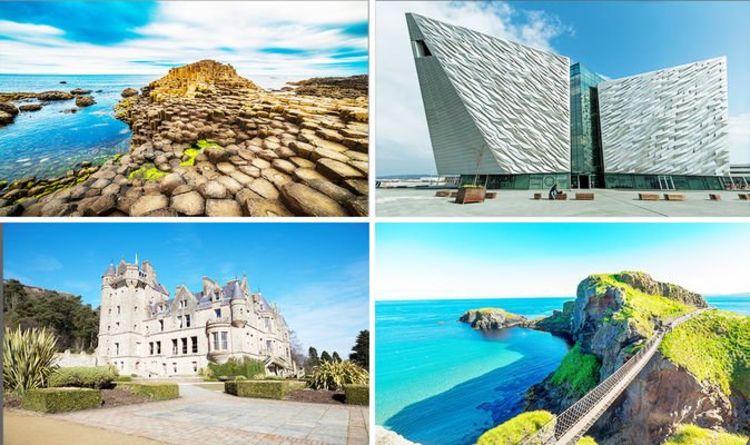 Whether it’s Big Ben to Tower Bridge, London’s landmarks have often been pitched as the key spots to see when visiting the UK. However, times are now changing as the most desired tourist destinations no longer lie in the capital as more travellers are venturing to another hotspot elsewhere.

A new study from Premier Inn used artificial intelligence to learn which food and landmarks featured most often in 20,000 images of Britain on Instagram.

Speaking to 1,012 Brits and Americans (who visit the UK more than anyone) they discovered that the five most featured landmarks from the UK were all situated in Northern Ireland.

Of Premier Inn’s top 20 landmarks people most want to visit, NI’s Giant’s Causeway took the top spot while 53.5 percent of Britons and 38.1 percent of Americans put it in their top three.

Carrick-a-Rede and Titanic Belfast also made the top five landmarks beating out the likes of St Paul’s Cathedral which came in at 11th and Tower Bridge at 10th.

Speaking to Express.co.uk, a spokesperson for Premier Inn said: “Being that Northern Ireland is relatively close for most UK residents, we weren’t too surprised to see that Brits were big fans.

The spokesperson cited overtourism as the reason why more travellers are venturing out of London and other major cities.

“Overtourism and increasing demands for travel have caused visitors to seek off-the-beaten-path destinations and experiences, making popular places like Dublin or London less attractive to the public.

“Increasingly, many travellers now want more immersive and intimate trips where they can experience the true culture of a destination.”

“We hope this study encourages travellers to get out of their comfort zones and explore different lifestyles by immersing themselves in the local food and historic landmarks offered.”