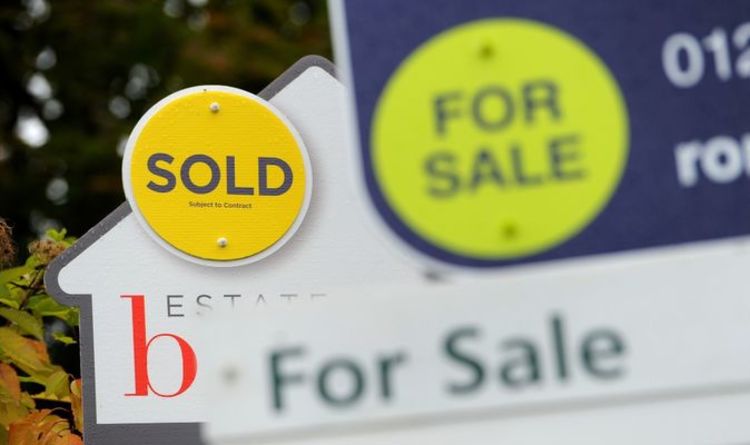 Property values in the UK fell by 1.7 percent in May, the report said. The drop caused by the coronavirus lockdown has wiped more than £4,000 off the average house price.

It was the biggest month-on-month fall since February 2009 and pushed the average house price down to £218,902.

Robert Gardner, Nationwide’s chief economist, said: “UK house prices fell by 1.7 percent over the month in May, after taking account of seasonal effects – this is the largest monthly fall since February 2009.

“As a result, the annual rate of house price growth slowed to 1.8 percent, from 3.7 percent in April.

“In the opening months of 2020, before the pandemic struck the UK, the housing market had been steadily gathering momentum.

“But housing market activity has slowed sharply as a result of the measures implemented to control the spread of (coronavirus).

“These same measures should also help ensure the impact on the housing market will ultimately be less than would normally be associated with an economic shock of this magnitude.”

Howard Archer, chief economist of the EY Item Club, said house prices could drop by 5 percent over the next few months.

He added: “Despite the easing of restrictions on the housing market, we suspect that the upside to activity may be limited for some to come.”

Jeremy Leaf, a north London estate agent, described the fall in May as a “car crash”.

He said: “The extent of the car crash that hit the property market in May is laid bare in Nationwide’s report of the largest monthly fall in house prices for over 11 years.

“Uncertainty remains as to the direction of travel for values in some price ranges and locations until momentum begins to build again.

“The market feels a bit like returning after the Christmas/New Year break, with buyers and sellers waiting to see who will blink first as prices establish their post-COVID level.”