UK set to follow Europe in banning large events over... 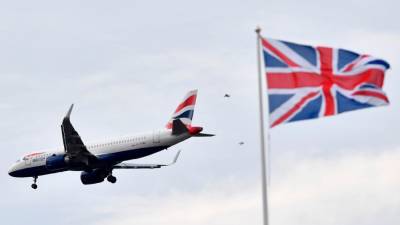 LONDON: British Prime Minister Boris Johnson, who has faced criticism for his country’s light touch approach to tackling the coronavirus outbreak, is preparing to review its approach and ban mass gatherings, according to government sources Saturday.

Emergency legislation is due to be passed next week in parliament and the ban would come into force from next weekend.

The legislation could see the cancellation of events such as the Wimbledon tennis tournament and the Glastonbury music festival, due to begin at the end of June, as well as major horse races including Royal Ascot and Grand National.

The government’s current plan is to delay the peak of the outbreak until the weather becomes warmer to cushion the blow on the health services, and the advice so far is for people who show symptoms to self isolate for a week.

The health officials advising the government argue that taking drastic measures too early would have only limited benefit and would risk tiring a population before the peak of the crisis.

But many events such as Premier League football matches, the London Marathon and the May local elections have already been suspended or postponed.

Queen Elizabeth II has postponed a number of engagements scheduled for next week “as a precautionary measure”, according to Buckingham Palace.

Her eldest son, Prince Charles, has postponed a trip to Bosnia, Cyprus and Jordan, scheduled to begin next week.

The country has 798 cases of Covid-19 disease linked to the new coronavirus, including 10 deaths, according to latest figures.

But a senior health official estimated that the number of infected people is more likely to be between 5,000 and 10,000.

Johnson has come under increasing pressure to follow fellow European leaders in cancelling large gatherings, but he has previously said the government would only do so when health officials advised him to do so.

Health experts on Saturday demanded that their colleagues advising the government “urgently and openly share the scientific evidence, data and models it is using to inform its decisions.”

“This transparency is essential to retain the scientific community, healthcare community, and the public’s understanding, co-operation and trust,“ they wrote in a letter to the Times. — AFP