UK tax hike warning: Britons set to be £906 a YEAR worse off as economic recession looms 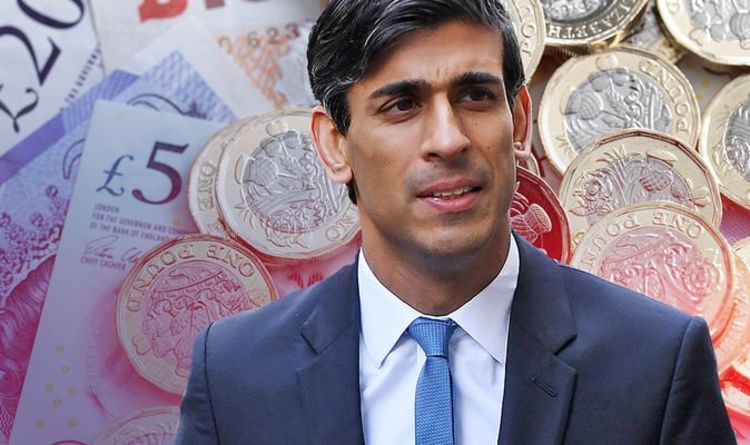 The Office for Budget Responsibility (OBR) this week warned Government borrowing could hit £298.4 billion by the end of the year due to the coronavirus pandemic. In a Treasury document seen by The Daily Telegraph, the Chancellor Rishi Sunak is reportedly weighing up income tax rises, a two-year public sector pay freeze and the end of the triple lock on pensions.

According to the leaked paper, British taxpayers could see the base rate of income tax increase by 5p in order to raise between £25-30bn.

An increase in the base rate of income tax from the 20 percent threshold to 25 percent would on average leave Britons out of pocket to the tune of £906.45 per year or £75.54 a month – according to calculations made the by Taxpayers’ Alliance.

The independent economic think-tank has based the figures on the annual gross earnings of £30,629 for UK employees in 2019.

The findings revealed the average income tax contributions would increase from £3,625 to £4,532 per year.

Duncan Simpson, research director at the TaxPayers’ Alliance told Express.co.uk: “An increase to income tax would be a disaster for every family in Britain.

“With the economy suffering and household budgets squeezed, increasing tax by an average of nearly a thousand pounds a year would be a hammer blow.

“To get the economy moving the government needs to bring down tax rates and allow taxpayers to spend more of their hard-won money.”

The Treasury was rocked this afternoon after the OBR revealed Government borrowing is set to soar to £298.4bn by the end of the year – £25bn more than forecasts made last month.

The OBR also estimated all policy interventions to tackle coronavirus, including the job retention scheme, could rise to £123bn by 2021.

On Tuesday the Government announced a four month extension to the multi-billion pound furlough scheme until October.

The second consecutive sector of negative growth will trigger a formal economic recession – something the Chancellor has already indicated is inevitable.

On Wednesday following the release of the figures, Mr Sunak said: “A recession is defined technically as two quarters of decline in GDP.

“We’ve seen one here with only a few days of impact from the virus, so it is now very likely that the UK economy will face a significant recession this year and we are in the middle of that as we speak.”