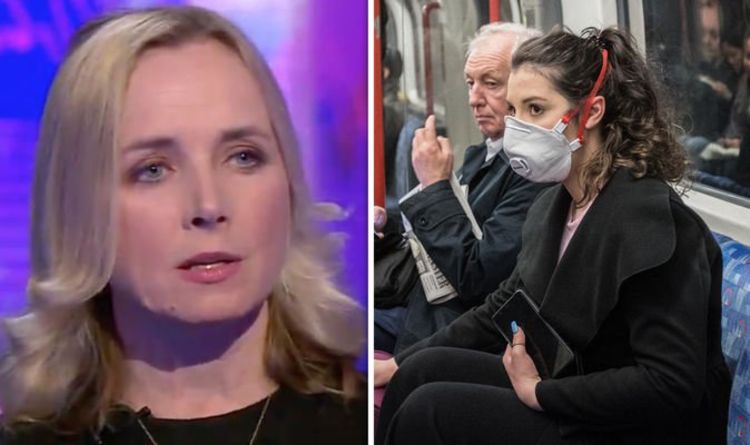 Currently 20 people are inflected across the UK, including one patient who was the first to catch the disease in Britain.

Separately a man in his 70s became the first Briton to die from the virus, after being taken to hospital in Japan.

Speaking on BBC Newsnight Ms Wharely insisted the Government is well prepared for the Coronavirus.

She said: “I can’t reiterate enough that we are well prepared.

“Everybody has a part to play to help us be prepared. Just to take the basic steps, washing your hands thoroughly and effectively and carrying a tissue.

“There have been regular communications and there will be a plan published next week for the public.”

Emergency legislation could be introduced next week in case there is a sharp escalation in the number of UK cases according to Hugh Pym, the BBC’s health editor.

Separately the Premier League has refused to deny Liverpool could be denied the league title if Coronavirus forces games to be suspended.

The Premier League have had discussions about the future of this season amid the spread of the coronavirus and are monitoring the situation.

However, they have not yet decided what will happen with the standings, therefore refusing to rule out whether or not Liverpool will be denied the title.

Liverpool only need four more wins to be crowned English champions for the first time since 1990 thanks to a 22-point advantage over second-placed Manchester City.

That means if both teams win all of their upcoming matches, Liverpool can officially win the league at home to Crystal Palace on Saturday March 21.

READ MORE: Premier League refuse to deny Liverpool could miss out on title

But there is a worry the campaign could be curtailed by the outbreak of COVID-19, as the coronavirus has been named by the World Health Organisation (WHO).

It has been suggested the UK government could order the cancellation of sporting events for more than two months – which would deny the possibility of matches simply being played at a later date.

The Daily Telegraph reported that Liverpool would not necessarily be guaranteed the status of champions if the season was brought to a premature end.

The three relegation-threatened teams could also survive the drop, with no regulations in place in the Premier League Handbook to react to such a scenario, while there would be uncertainty around the European qualification spots.

The Liverpool Echo contacted the Premier League and were told that the governing body would consider all options if the season had to be brought to an early end.