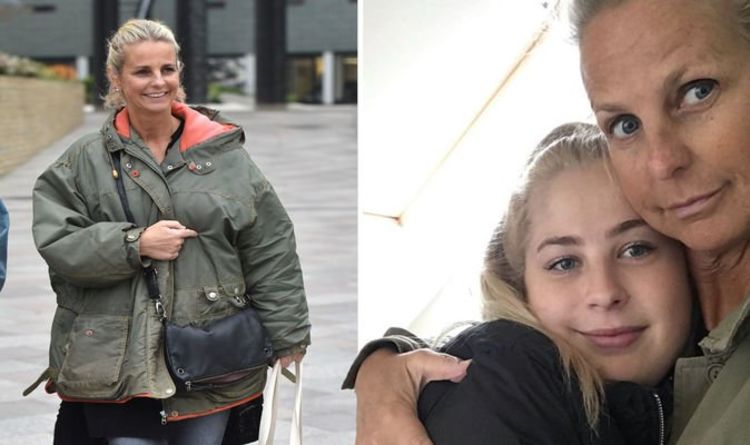 ULRIKA JONSSON has revealed she was “fraught with anxiety” after finding that her daughter, Bo, has been tested for coronavirus after suffering from “flu-like symptoms”. The TV star, 52, revealed that her offspring was also suffering a painful chest.

Bo has suffered from several heart problems and undergone a number of surgical procedures during her childhood, meaning that they had quite a scare when she was rushed to hospital.

After Ulrika rang 111, she was told they couldn’t go to the doctors, and an ambulance was sent straight away so Bo could get checked over as soon as possible.

Ulrika wrote to her followers about Bo’s current status following the scare and said: “EVERYTHING IS FINE.”

Reassuring her followers, she carried on to explain: “But yesterday was fraught with anxiety and exhaustion. Oldest Female Ungrateful had come home from Uni full of flu-like symptoms and painful chest.”

The Swedish star previously commented on Bo’s heart difficulties from birth and throughout her life in a heartfelt post just before she headed to Norland College in Bath.

After taking Bo off to university, she expressed her feelings and wrote alongside a selfie of the two of them: “…and with that my family which once was 6, is down to 3.”

“Dropped her off for her first foray into #adulting – leaving home to train to become a Mary Poppins. When she was born no one knew how long she’d live and 1 closed- and 2 open-heart surgeries later, and I’m letting you go…..a bit,” she explained.

Ulrika then went on to say that when she misses Bo while she’s away, she will think of the times she “behaved badly”.

“But regardless, I cannot comprehend you won’t come down for supper begrudgingly and roll your eyes when I tell you to take your elbows off the table. I love you, my darling Bo. Too much. #marypoppins”, she concluded.

After posting to Instagram, followers could relate to how the star was feeling, and said how were “dreading” their children going off to university.

By"We are all working at understanding this huge event as it only happened so recently, even though my dad has been unwell for some...
Read more