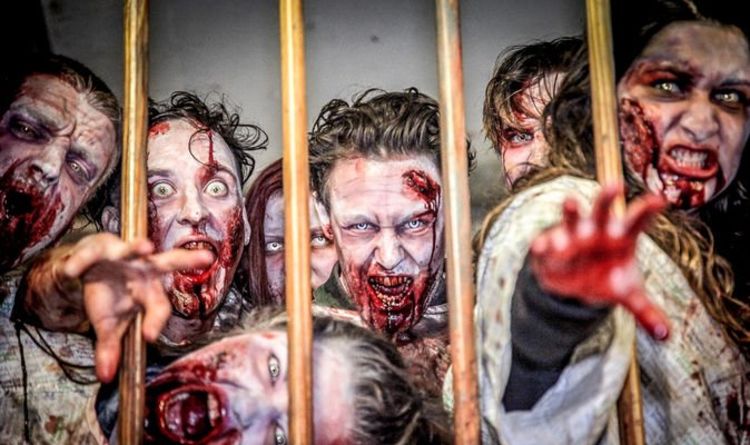 The ghoulish goings-on it stages such as its Zombie S.W.A.T (Special Weapons and Tactics) sessions teach survivalist techniques and contending with lethal outbreaks in an apocalyptic, nuclear-bunker style setting. And they attract true-believers from 12-year-olds and feisty over-70s to Premier League stars, the Beckhams and Little Mix. That blurring of the line between make-believe and reality, with lashings of fake blood and hundreds of actors playing the spooky roles, has pushed turnover to £1.3million for the London-based immersive specialist.

It now has a team of 60 and become a leader in reviving derelict spaces in the capital by transforming them into battle zones.

Founded by creative leisure experts Anne and David Jones in 2004 their aim was to liven up the capital’s experiences market.

From paintball they have expanded with other brands including laser tag, airsoft (competitive shooting with replica weapons) and escape rooms.

The celebration of Halloween, fantasy and the supernatural so popular in US culture has also contributed to demand here for close encounters with zombies (note though this is not a contact sport).

“The screen, films and games, is where it starts but then people want to get out from that and taste reality,” explains Anne.

“They want to really believe they are in those situations, so they come to us, then tell their friends who don’t want to miss out.

“We train the actors about falling safely, making their voices really terrifying and how to move. Our zombies are quick, they don’t stagger.”

Next steps for the business this year include launching a new ‘Trapped Undercover’ experience as well as developing other escape room concepts and mobile experiences.

sure we are offering something that people can’t get anywhere else,” says David.

“Immersive experiences are often associated with technology environments and while we have a fantastic a virtual reality suite and our finger on the pulse in terms of technological advances, our event designers always put creativity and quality storytelling principles at the heart of what we do.

“We believe immersive experiences are nothing without a strong theme and authentic setting, and these are the foundations on which we have built Ultimate Recreation.”