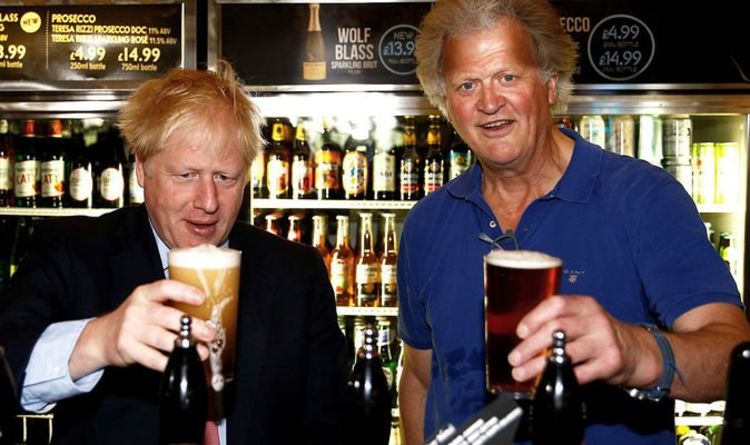 The 4th of July in England has been dubbed Super Saturday as pubs, cafes, restaurants, and hairdressers will open their doors for sit-in services for the first time since the nationwide lockdown three months ago. Revellers were overjoyed to hear the news. Many have admitted the hardest part of their lockdown experience was not being able to go to the pub on the weekend – a shade of normality taken for granted before the coronavirus pandemic.

Millions of thirsty Britons up and down England will now be able to enjoy a cold pint, on draught, in a glass.

Tim Martin, boss and founder of the Wetherspoons chain, announced he would be opening 750 of his pubs in England – while venues in other parts of the UK will remain closed.

Mr Martin said: “We are extremely pleased that pubs are reopening on July 4 after a long hiatus.

“We are going to discuss the precise Government proposals with our pub managers and staff before we comment further on the details.”

The programme’s host, Kirsty Young, asked: “When you are chatting as you do every week to managers and deputy managers and bar staff, do you ever say to them ‘never ever say this to the customer?’”

Mr Martin replied: “No. And I also tell them you don’t have to smile either.

“They don’t have to smile no.

“We don’t go out of our way to tell them to be nice.

“I think that puts too much pressure on people.

“I think when you go to a pub you get a beer, someone’s natural personality will emerge better if they’re not under too much pressure – which of course they are under tremendous pressure anyway.

“Some of our best bar staff are quite grumpy.”

Thousands of Wetherspoons staff go back to work this weekend.

In the past days, it was revealed that Mr Martin had secured a £48.3million loan from the government as part of its coronavirus interruption scheme.

Many took to Twitter to express their anger at this.

One person reasoned: “That’s £48.3 million more than the Arts sector.

“It’s great to see our government has its priorities straight.”