US bombs Iraq and Syria in biggest airstrike for a... 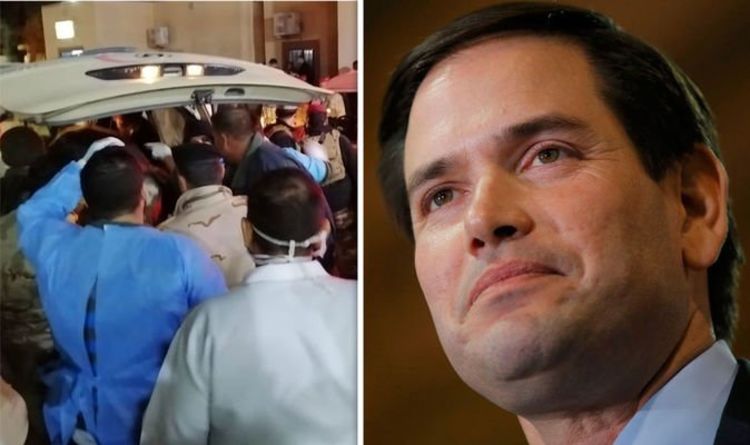 And Jamal Jaafar Ibrahimi, a senior commander with the Iran-backed Kataeb Hezbollah, or Hezbollah Brigades, has warned the group would hit back against US forces based in Iraq – while US senator Marco Rubio warned Iran it was “playing a dangerous game”. US forces conducted “precision defensive strikes” against five sites, spokesman Jonathan Hoffman said in a statement. Iraq’s Joint Operations Command said in a statement that three US airstrikes on Sunday evening hit the headquarters of the Hezbollah Brigades at the Iraq-Syria border, killing four fighters.

Iraq’s Hezbollah Brigades, a separate force from the Lebanese group Hezbollah, operate under the umbrella of the state-sanctioned militias known collectively as the Popular Mobilisation Forces. Many of them are supported by Iran.

The Popular Mobilisation Forces put the number of casualties much higher, saying on Sunday the strikes had killed at least 19 of Kataeb Hezbollah’s members.

Iraqi security and militia sources subsequently said at least 25 militia fighters were killed and at least 55 were wounded.

The US blames the militia for a rocket barrage on Friday which killed a US defence contractor at a military compound near Kirkuk, in northern Iraq.

Officials said attackers fired as many as 30 rockets in Friday’s assault.

Hoffman said the US attacks would limit the militia’s ability to carry out future strikes against Americans and their Iraqi allies.

The Defence Department said the US hit three of the militia’s sites in Iraq and two in Syria, including weapon depots and the militia’s command and control bases.

The strikes were carried out by US Air Force F-15 Strike Eagles, said a US official who was not authorised to publicly discuss details of the attacks.

At the ammunition storage facilities that were struck, significant secondary explosions were observed.

Mr Ibramimi, known as Abu Mahdi al-Mohandes, said: “The blood of the martyrs will not be in vain and our response will be very tough on the American forces in Iraq.”

Earlier this month, US Secretary of State Mike Pompeo blamed Iranian-backed forces for a series of attacks on bases in Iraq and said any attacks by Tehran or proxies harming Americans or allies would be “answered with a decisive US response.”

“This claim without any evidence cannot justify bombing and killing people in violation of international law.”

The raids come days after a senior Kurdish intelligence official warned ISIS was regrouping in the Iraq and posed an increasing threat to the region.