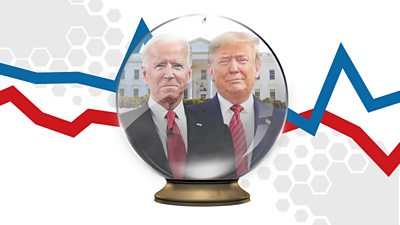 All eyes are on the US election and many people will look to the polls to see who’s likely to win. But polling companies suffered a shock in 2016 when they didn’t foresee Donald Trump beating Hillary Clinton. Did the pollsters get it all wrong?

BBC Reality Check considers whether you can trust election polls to predict the next US president.