US Navy issue dark warning after its attempt to locate... 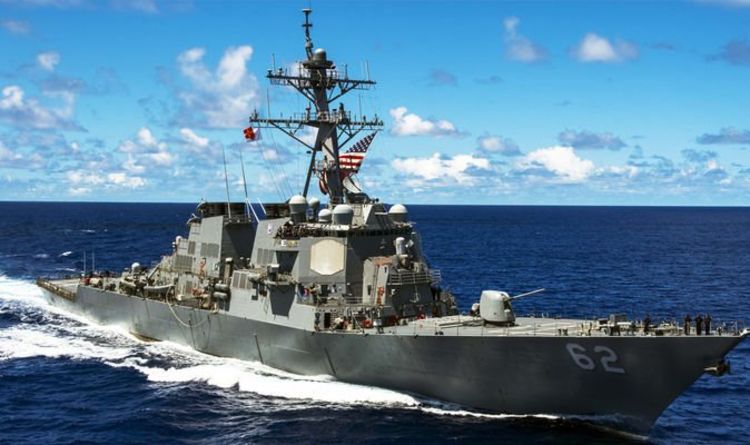 Latest Russian technology has come together to build the Project 885 Yasen class guided missile submarine Severodvinsk, which is thought to have been just a few hundred miles off from the North American coastline in the fall of 2019. The search to find the destructive vessel involved a huge team of Navy submarines, ships, and maritime patrol aircraft. However, the quest proved unsuccessful as the sub remained undetected throughout.

A senior US Navy officer has said that he no longer considers the east coast of the United States an “uncontested” area or an automatic “safe haven” for its ships and submarine.

This comes as reports of steadily increased Russian submarine activity in the Atlantic Ocean, including more advanced and quieter types that can evade detection.

US admiral Andrew Lewis has said: “Our new reality is that when our sailors toss the lines over and set sail, they can expect to be operating in a contested space once they leave Norfolk.

“Our ships can no longer expect to operate in a safe haven on the East Coast or merely cross the Atlantic unhindered to operate in another location.”

“We have seen an ever-increasing number of Russian submarines deployed in the Atlantic, and these submarines are more capable than ever, deploying for longer periods of time, with more lethal weapons systems,” he continued.

“Our sailors have the mindset that they are no longer uncontested and to expect to operate alongside our competitors each and every underway.”

Although no specific numbers have yet been released, the U.S military believes they are on patrol in the Atlantic at any given time in comparison with previous years.

NRK’s report also said that the intelligence service believed that the goal of the exercise was to demonstrate the Russian Navy’s had the ability to deploy a large number of submarines far into the Atlantic while being undetected.

This, in turn, showed the ability of that force, which might have included ballistic missile and guided-missile submarines, the latter of which may be able to carry Zircon hypersonic cruise missiles in the future, to hold targets on the East Coast of the United States at risk.

The recent mission from the US to discover the Severodvinsk is compared with the Tom Clancy novel The Hunt for Red October, which told the story of a Soviet submarine equipped with innovative stealth technology.