US obliterating ISIS as al-Bhagdadi’s right hand man killed by... 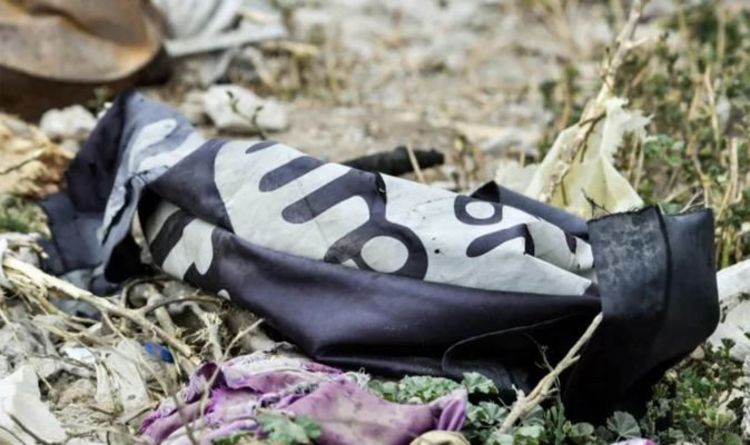 Abu al-Hassan al-Muhajir – the Islamic State spokesman since 2016 – was killed in a joint raid between Kurdish-led Syrian Democratic Forces and US forces in northern Syria.

General commander of SDF, Mazloum Abdi, announced the operation on his Twitter account at around 5pm this evening.

Mr Abdi praised the success of the operation earlier today, congratulating five months of joint intel cooperation on the ground and in the monitoring of ISIS, which brought Al-Baghdadi down. An hour after announcing the death of the leader, the commander added “there will soon be other effective operations”.

Al-Muhajir replaced Abu Mohammad al-Adnani who was the second most senior leader of the militant group before he was killed in a US airstrike in 2016.

Al-Muhajir called for the wave of terrorist attacks, publishing recorded speeches and posting them on forums, social networks and various channels of IS supporters.

On one occasion he boasted the Caliphate had caused 70 countries in the East and West to send their forces to Iraq and Syria to fight against them, promising that Allah would protect ISIS soldiers.

He also vowed the Islamic State would continue its battle against the West and its allies with a series of terrorist attacks, the International Institute for Counter-Terrorism reported.

Donald Trump confirmed the former leader of ISIS, Abu Bakr al-Baghdadi, was killed during an overnight raid in Syria, in what the US president called a major milestone against the terrorist group.

Baghdadi killed himself during the raid detonating a suicide vest after ‘crying and whimpering’, he said.

Mr Trump added: ”He reached the end of the tunnel as our dogs chased him down. He ignited his vest, killing himself and his three children.

“His body was mutilated by the blasts. The tunnel had caved on him.”

The US military exterminated the leader after the United States begun to receive intelligence on his whereabouts around a month ago, including some ‘helpful’ information from the Kurds, said Mr Trump.

His exact location was pinpointed two weeks ago from which the US secured permission from Russia to fly over its airspace to Syria.

Upon approaching Baghdadi’s compound, the helicopters came under gunfire but U.S. forces were able to quickly suppress the assault and land safely. Believing the main compound door to be booby trapped, they entered in just seconds by blasting through the wall, Mr Trump added.

The blast from al-Baghdadi’s vest killed his children and a DNA test was used to identify his body.

The Iraqi government credited Iraq’s National Intelligence Service for identifying the exact location of the hideout of Al-Baghdadi in the Syrian province of Idlib.

Commenting on the death of the leader, Britain’s prime minister Boris Johnson, said it is an important moment in the world’s fight against terror but ‘the battle against the evil of Daesh is not yet over.”

He added: “We will work with our coalition partners to bring an end to the murderous, barbaric activities of Daesh once and for all.”

The foreign Secretary Dominic Raab backed Mr Johnson’s sentiment , adding the death of Daesh’s leader should not be ‘glorified’.

He said: “We must not allow Daesh to glorify someone who actioned such inhumane & abhorrent criminal acts. The UK will continue to support efforts to Defeat Daesh.”