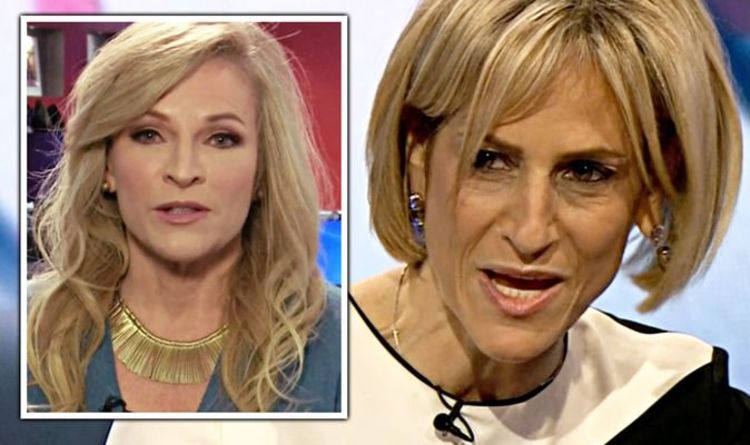 Kirsten Fontenrose, a former member of the US National Security Council, was appearing on BBC’s Newsnight on Monday. BBC presenter Emily Maitlis questioned whether the killing of Soleimani was really going to protect US interests and make the world safer for everyone, as the Trump administration claimed. Ms Maitlis asked: “We were told it was to protect American interests and to make everyone safer.

“But now it’s clearly not making America safer, if ISIS is now more rampant, if the Iran (nuclear) deal is dead, if your own President has now threatened to break the Geneva Convention, maybe without realising it.

Ms Fontenrose argued in reply that the action was taken to ensure the long-term safety of US citizens, even if in the short-term this would not be the case.

She said: “It looks nuts. In the short term Americans are not safer.

“The thought is that in the long-term they are.”

“The thought is that taking the source of that trouble out of the battle field will mean that in the long-term Americans are safer.”

Her comments come after Iran’s President Hassan Rouhani made a veiled threat to inflict another Lockerbie on the United States.

Although Colonel Gaddafi and Libya were blamed for the terrorist attack, Western intelligence agencies believed that Iran ordered the bombing in retaliation for the downing of its plane in July.

Mr Rouhani’s post has been interpreted by some Middle East experts as a veiled reference to the Lockerbie tragedy and an implicit acknowledgement of their involvement in the affair.

She wrote: “Rouhani is basically reminding @realDonaldTrump of the #Iranian Air Flight 655 carrying 290 passengers which was downed by a US navy warship the Vincennes in 1988.

“Though it was deemed a human error, Tehran worked covertly to exact its revenge. How? #Lockerbie.”

She added: ‘Boeing 747 airline Pan Am exploded over Lockerbie, Scotland in 1988 and was assumed to be an operation conducted by the #Lybians when it was #Iran who orchestrated the downing of the plane and paid the Libyans to do it.