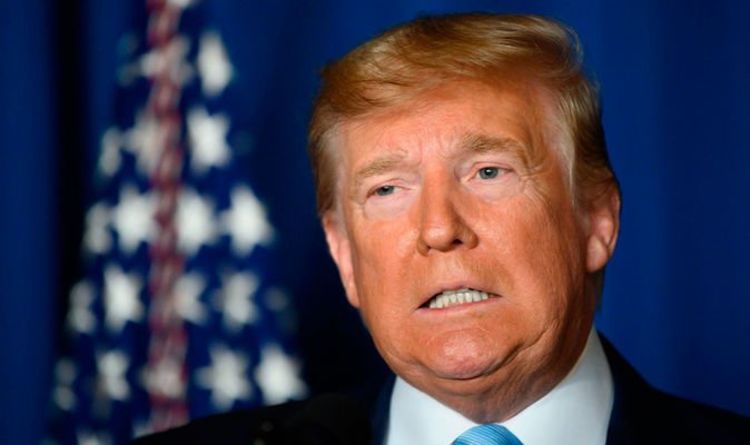 The Iraqi parliament has passed legislation to “end the presence” of Foreign troops in the region. The bill prohibits foreign troops from using “its land, airspace or water”. US troops had been in the region primarily in assisting the fight against Islamic State.

The resolution read: “The government commits to revoke its request for assistance from the international coalition fighting Islamic State due to the end of military operations in Iraq and the achievement of victory.

“The Iraqi government must work to end the presence of any foreign troops on Iraqi soil and prohibit them from using its land, airspace or water for any reason.”

The US has around 5,000 troops deployed in Iraq.

Tensions between the US and the Middle East have soared since US air strikes killed General Qassem Soleimani 62, and Abu Mahdi al-Muhandis, 66, commander of a pro-Iran Iraqi militia in Iraq on Friday.

General Soleimani, the head of Iran’s elite Quds force, and Mr al-Muhandis had been travelling in a two-vehicle convey which was struck by three missiles from an MQ-9 Reaper Drone.

US President Donald Trump claimed Mr Soleimani was “plotting imminent and sinister attacks” on US personnel.

Tehran has vowed to retaliate against the US with Iranian President Hassan Rouhani, Iran-backed terror group Hezbollah and the Iranian revolutionary guards, all issuing threats to the US in the past 48-hours.

Iranian Labour News Agency claimed, Iranian MP Abolfazl Abutorabi, has threatened that Iran could launch an attack on the White House after Mr Trump warned the US could strike 52 Iranian targets.

He said: “We can attack the White House itself, we can respond to them on the American soil.

Last night the US President warned the US could strike the 52 targets “very fast and very hard.

Mr Trump said: “Iran is talking very boldly about targeting certain USA assets as revenge for our ridding the world of their terrorist leader who had just killed an American & badly wounded many others, not to mention all of the people he had killed over his lifetime, including recently hundreds of Iranian protesters.

“He was already attacking our Embassy, and preparing for additional hits in other locations. Iran has been nothing but problems for many years.

“Let this serve as a WARNING that if Iran strikes any Americans, or American assets, we have targeted 52 Iranian sites (representing the 52 American hostages taken by Iran many years ago), some at a very high level & important to Iran & the Iranian culture, and those targets, and Iran itself, WILL BE HIT VERY FAST AND VERY HARD. The USA wants no more threats!”

This is a developing news story, more to follow.