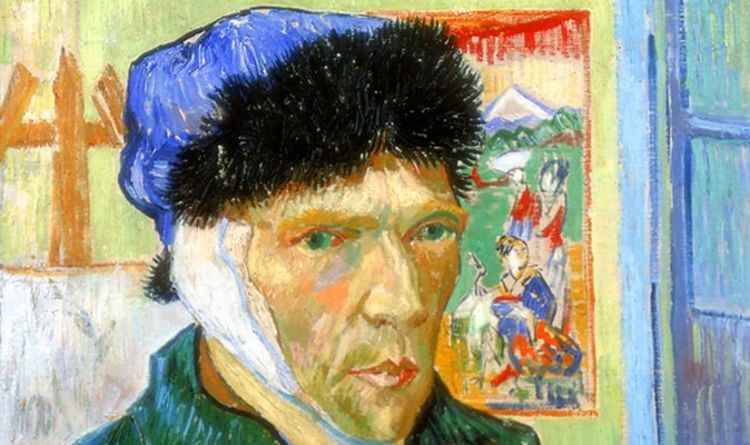 A BBC Four documentary suggests that bullfighting fan Van Gogh severed the ear to mimic the plight of a wounded bull in the ring. It was his way of saying he had been “conquered” by Gauguin. The fascinating revelations come from esteemed art critic Waldemar Januszczak in a new series which attempts to unlock the mysteries in famous works. All of the latest clues about the tragic plight of Van Gogh, who is also known to have suffered from acute depression, come from a re-examination of his Self-Portrait with Bandaged Ear, painted in 1889.

The evocative painting was created soon after the Dutch painter artist cut off his ear with a razor.

The work includes a background image of an easel which the critic interprets as a crucifix.

Januszczak says Van Gogh “a genius with a Christ complex was comparing his suffering with Jesus”.

He believes previous explanations that the artist hallucinated after drink and self-harmed are too simplistic.

The critic, who dubs this “one of the biggest mysteries in art”, believes most of the answers lie in the painting itself – and Van Gogh’s relationship with his friend Gauguin.

Van Gogh moved from Paris to Arles in the South of France in early 1888.

According to the show, the painter wanted to set up a commune of like-minded painters but his friends from Paris mostly shunned him – apart from rival Gauguin.

The pair would frequent the local brothel, but the show suggests the Frenchman was a “smooth talker” and “very good with women”. Presenter Januszczak says: “Gauguin was everything that Van Gogh wasn’t.”

The jealousy peaked when the former painted Marie Ginoux from the Cafe de la Gare.

Van Gogh also wanted to use her as a model but Gauguin would only allow him to paint her from his sketches.

When the friends left the cafe together on the night of December 23, 1888, the row came to a head. Critic Januszczak says: “Van Gogh accosted Gauguin in the street about the Arlesian woman Marie and he threatened his friend with a razor.

“Gauguin stared him down. Then Van Gogh ran back to the Yellow House [where he lived] and cut off his ear.

“He wrapped it in a newspaper and gave it to the woman at the brothel called Rachel. She fainted.”

Rachel is said to be represented in the self-portrait “as a Japanese geisha”.

The townsfolk of Arles were disgusted with the story and tried to force Van Gogh to leave.

Januszczak says: “Kids threw stones at him, started a petition to throw him out of town.

“He was rejected, mocked, and despised.”

The town of Arles now profits from the short time that Van Gogh lived there with walks and a Foundation devoted to him.

The picture in question can be usually be found in the Courtauld Institute in London, now shut for refurbishment.

Van Gogh died in 1890 after shooting himself in the chest.

Other episodes in the series will analyse notable works by Gauguin and fellow post-impressionists Cezanne and Seurat.