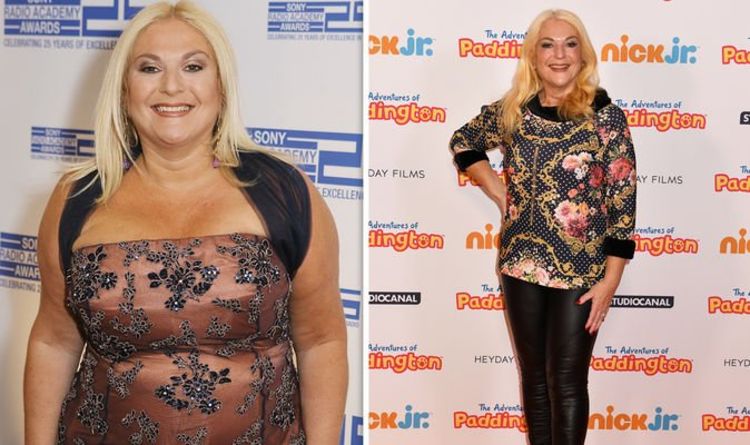 However, in March 2019 Vanessa came back to the sofa to tell presenters Holly Willoughby and Phillip Schofield how she’d dropped three stone since the interview.

She revealed that the surgeon had told her she’d need the gastric band removed, as it had slipped and was causing her to wake up in the morning feeling like she was “drowning” as the valve was no longer working.

The surgeon also suggested an alternative in order to stop Vanessa from piling the weight back on once the band was removed – but it was a much bigger operation.

The star went ahead with the removal of the gastric band and had a gastric bypass instead, in January 2019.

The op lasted over five hours and involves using surgical staples to create a small pouch at the top of the stomach.

The pouch is then connected to your small intestine, bypassing the rest of the stomach – so that it takes less food to make you feel full and you’ll absorb fewer calories from the food you eat.

Vanessa said she’d dropped three stone in weight since the huge operation, and that she was “relieved” food was no longer an issue, saying she now had less interest in eating.

However, she also admitted that she felt embarrassed about having to have such a drastic solution, rather than simply being able to diet after a lifelong battle with her weight.

Speaking to OK! Magazine last year, the radio DJ said: “I feel a bit embarrassed when people congratulate me on the weight loss because I had surgery to get me here.

“It’s the surgeons who should be congratulated! I’m hopeful that this is the end of my battle with weight, because it’s something I’ve struggled with.”

The operation means Vanessa can now feel full while eating fewer calories, but that’s not the only change she’s made over the years.

The star has previously revealed that she doesn’t drink much alcohol, something that no doubt helps her to maintain her new slim figure.

But while the broadcaster has admitted it’s great to be able to fit into skinny jeans, she also told the This Morning presenters that she just “wants to live long” and enjoy her grandchildren.