Towards the end of World War 2, the Allies came together in 1944 to plan a new economic order for the post-war world. At the conference in Bretton Woods, New Hampshire, 44 Allied countries met under the intellectual leadership of senior US Treasury official Harry Dexter White and British economist John Maynard Keynes. The conference mapped out new rules to prevent countries following the “beggar-thy-neighbour” policies that had led to the Great Depression.

It established the International Monetary Fund (IMF) and World Bank as the key institutions to manage this new world order.

This new structure was initially successful in allowing the world to recover after the war.

The IMF put in place fixed exchange rates based around the dollar, and provided finance to allow countries to make necessary adjustments to their balance of payments provided that they followed sound domestic economic policies.

The World Bank provided long-term loans to allow post-war reconstruction, including in support of the Marshall Plan. 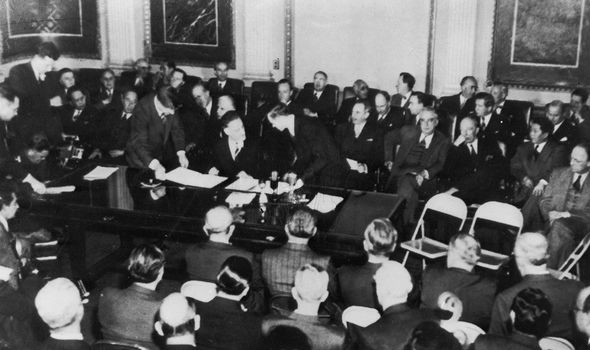 The Bretton Woods agreement was created in a 1944 conference of all of the WW2 Allied nations (Image: GETTY)

However, since then, many have argued that over the subsequent 50 years the structure of the global economy has changed, exposing the need for a new Bretton Woods.

One of the institutions advocating change after the 2008 financial crash was the Vatican, which unexpectedly aligned itself with anti-capitalism protesters around the world in 2011, condemning “the idolatry of the market” and calling for a radical shake-up of the global financial system.

According to a throwback report by The Telegraph, in a forthright statement, the Vatican’s Pontifical Council for Justice and Peace called for an end to rampant speculation, the redistribution of wealth, greater ethics and the establishment of a “central world bank” to which national banks would have to cede power.

By demanding that the worst excesses of global capitalism be reined in, the Holy See echoed the message of protesters that encamped outside St Paul’s Cathedral in London, the indignados of Spain and the Occupy Wall Street movement in the US. 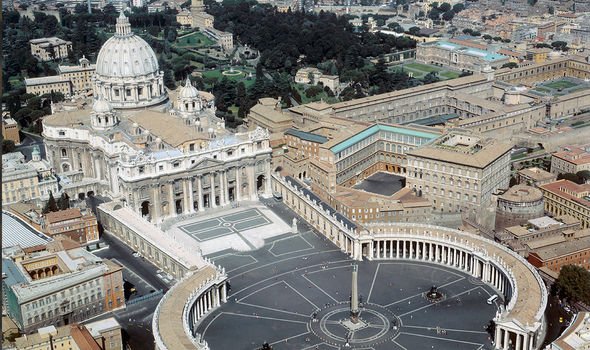 The 41-page document titled “Towards Reforming the International Financial and Monetary Systems in the Context of a Global Public Authority,” was at times very specific, calling, for example, for taxation measures on financial transactions.

It was released on October 24, 2011, in several languages, including a provisional translation in English.

It said: “The economic and financial crisis which the world is going through calls everyone, individuals and peoples, to examine in depth the principles and the cultural and moral values at the basis of social coexistence.”

The document condemned what it called “the idolatry of the market” as well as a “neo-liberal thinking” that it claimed looked exclusively at technical solutions to economic problems.

It added: “In fact, the crisis has revealed behaviours like selfishness, collective greed and hoarding of goods on a great scale.

“World economics needs an ethic of solidarity among rich and poor nations.

“If no solutions are found to the various forms of injustice, the negative effects that will follow on the social, political and economic level will be destined to create a climate of growing hostility and even violence, and ultimately undermine the very foundations of democratic institutions, even the ones considered most solid.”

Citing the teachings of popes over the last 40 years, the text also called for the establishment of “a supranational authority” with worldwide scope and “universal jurisdiction” to guide economic policies and decisions.

Cardinal Peter Turkson, the former head of the pontifical council, said banks needed to question whether they were “serving the interests of humanity” in the way they operated.

Thomas J Reese, a Vatican analyst at Georgetown University in the US, said at the time that the “radical” proposals put forward aligned the Holy See with the Occupy Wall Street movement and meant that the Vatican’s views on the economic crisis were “to the Left of every politician in the United States”.

He said the proposals reflected many of the encyclicals and addresses issued by Benedict XVI on the global economy during the last six years of his papacy.