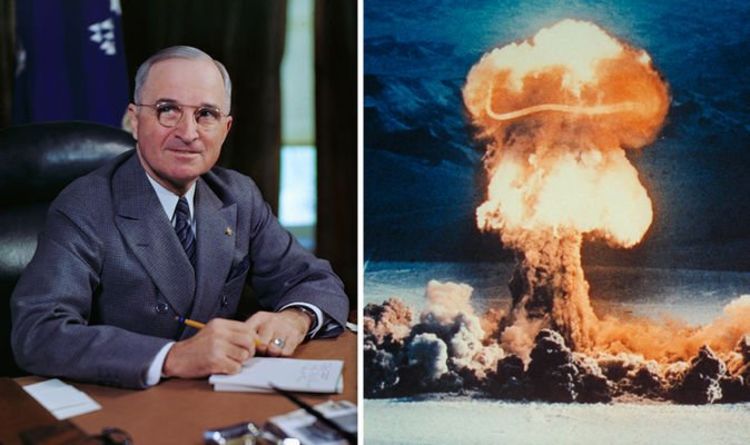 Today marks the 75th anniversary since the Allies formally accepted Nazi Germany’s surrender in World War 2 – known as Victory in Europe Day – just one week after Adolf Hitler’s suicide. This year, thanks to the recent outbreak of COVID-19, Britons will be confined to their homes, but on May 8, 1945, one million people took to the streets of London to celebrate, filling Trafalgar Square and up the Mall to Buckingham Palace, where King George VI, Queen Elizabeth and Prime Minister Winston Churchill appeared on the palace balcony before the cheering crowds.

But, what they did not know then – and many still do not today – was the wheels were already in motion for the inevitable Cold War that would unravel two years later.

Churchill’s fears had grown over Joseph Stalin’s communist influence in eastern Europe after the fall of Berlin and the Prime Minister had already floated the idea of Operation Unthinkable to his western allies.

This plan was to drive out the Soviet forces from Germany, Poland and eastern Europe using 100,000 captured German Prisoners of War, before dropping the atomic bomb – which was due to be tested as part of the US’s Manhattan Project – on the cities of Moscow and Kiev to crush the USSR into submission.

In late June 1945, Churchill dropped the plan, after other western leaders dubbed it suicidal, but, Truman would eventually take inspiration from this deadly proposal and harness it for his own genius military strategy in what came to be known as Plan Totality.

The Big Three of Stalin, Churchill and Truman met at the Potsdam Conference in Germany for a series of meetings to decide how to administer occupied territory, and Truman informed Stalin that the Trinity test – the first detonation of a nuclear weapon – had been successful on August 15, 1945, during the Manhattan Project.

This was the first official communication to the Soviet Union about the bomb, and US delegates were surprised by Stalin’s calm reaction, but that was because he had already known about it from a ring of spies inside Los Alamos.

Following the meeting, Truman had US General Dwight Eisenhower draw up Plan Totality, to obliterate 20 Soviet cities with his newly-tested atomic arsenal.