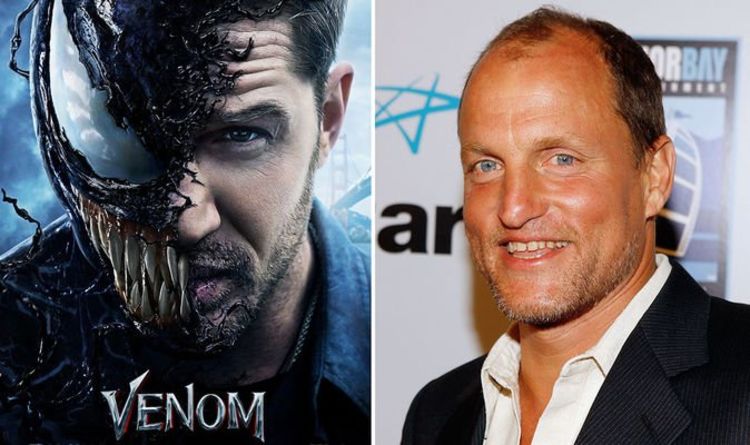 Back in 2018, Tom Hardy starred in the first of Sony’s Marvel universe movies as Spider-Man anti-hero Venom. Despite poor reviews comparing it to a pre-MCU era superhero movie, Hardy’s star power won over the box office, with over $ 850 million made worldwide. Unsurprisingly then, Venom 2 is on the way this year, in which the symbiotic will face Woody Harrelson’s Carnage.

The red symbiote and Venom’s nemesis was first teased in the end credits scene of the first movie.

From his cell, the villain promised there would be “carnage” upon his escape.

And now the first set photos from the Andy Serkis directed Venom 2 have landed.

The black and white snaps see Hardy and Harrelson having a joke on set in San Francisco.

While another sees him in conversation with director Andy Serkis and one has Eddie Brock drenched from the rain.

Meanwhile, some fans have speculated there will be a cameo from Tom Holland’s Spider-Man in Venom 2.

In October last year, Hardy posted pictures of himself dressed as the MCU Web-Slinger, which he then swiftly deleted from his Instagram

In one scene, Jared Leto’s living vampire walks past a poster of Spider-Man that has the word “MURDERER” graffitied over it, referring to the doctored video in Far From Home’s mid-credits scene which falsely showed Spidey killing Mysterio.

Another nod to the MCU came at the end of the Morbius trailer which saw the return of Michael Keaton’s Vulture.

The villain was last seen in the end credits scene of MCU movie Spider-Man Homecoming, in which he appeared to be plotting the formation of the Sinister Six with Scorpion.

If anything, it looks like Sony are planning for Holland’s Spider-Man to face villains like Vulture, Morbius and Venom in a Sinister Six movie.