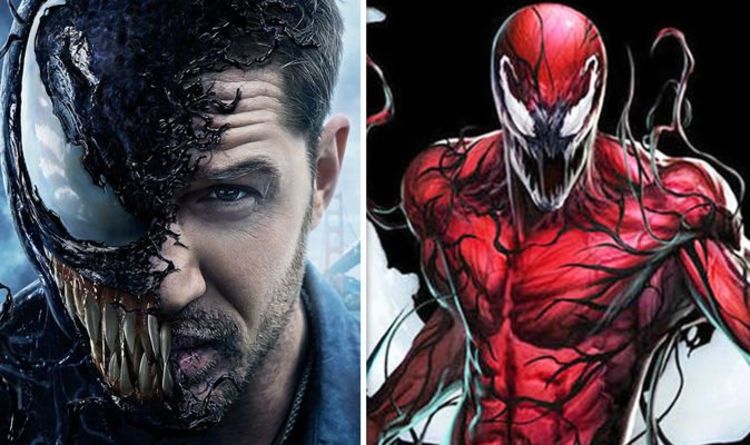 The specific roles the nemeses fulfilled in the post could mean Venom is set to lose to Carnage when they go head-to-head in the second film, hence Carnage’s delighted, victorious expression.

Ruben Fleischer’s Venom, which was released last year, originally teased the introduction of Carnage  in a end credits scene.

The scene saw Brock riding to San Quentin prison to interview a prisoner who turned out to be serial killer Cletus Kasady, AKA Carnage (played by Woody Harrelson).

Yet to adopt the moniker, the murderer told Brock: “When I get out of here, there’s going to be carnage.”