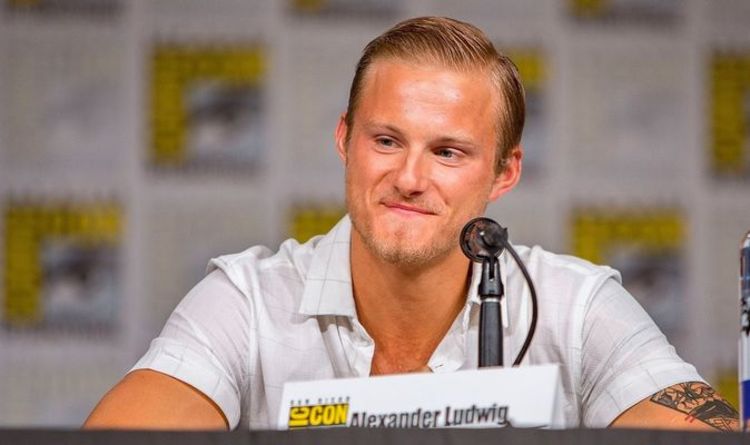 The series has entertained fans with gory battles and Viking legends over the years, and the series has only gotten better, despite its change of cast. One star of the History series recently sat down to discuss how the show has maintained its high standard over the years.

When fans last left Vikings, the series had just aired its gripping midseason finale, The Best Laid Plans, on February 5 of this year.

Although the series usually returns from hiatus in November or December, the ongoing coronavirus pandemic could inflict a major delay on post-production.

As dedicated Vikings viewers hold out hope for a release date announcement for the second half of season six, the cast of Vikings have been looking back over their fond memories for the show.

The midseason finale threw doubt over the fate of Bjorn Ironside (played by Alexander Ludwig), who replaced his father, Ragnar Lothbrok (Travis Fimmel) as the king of Kattegat.

Alexander has served as the enigmatic series lead for the past few years, and recently sat down with The Hollywood Reporter to discuss his iconic role.

Despite his demanding filming schedule, the 27-year-old star reflected on how far the series has come since it debuted in 2013.

He said: “Because I don’t think anybody expected Vikings to have the global success that it did, they upped it to a 20-episode series, which meant that I was completely plucked out of any other opportunities.”

However, the network was so impressed with the thrilling first series, it soon became clear Vikings would be a global success, and granted each season a longer run of 20 episodes.

Unfortunately, this does mean Alexander found it difficult to find other opportunities outside of his rigorous Vikings routine.

The star also said: “When I signed on to the show, I originally expected it to be a 10-episode cable drama series. That meant I would’ve had work for four or five months out of the year, and then I’d be able to do a movie like a Bad Boys or something like that.”

Alexander was last seen in cinemas as geeky sidekick Dorn in Bad Boys For Life, and his acclaimed role in the blockbuster sequel could lead to more major movie appearances to come.

He was previously known for roles in The Dark Is Rising and The Hunger Games, but his Hollywood career was put on hold by his commitments to Vikings.

Despite the Vikings cast’s loaded schedule, the young star is still thrilled for the opportunities the popular show gave him over the years.

He continued: “That being said, I’m so grateful for the job; it was one of the most incredible experiences of my life.

“But it definitely made it difficult to do anything close to this magnitude, because a role like this requires a lot of time and attention.”