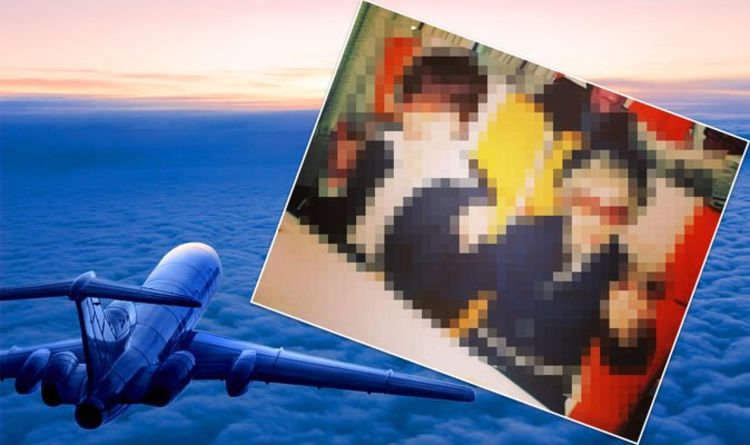 The second lady wears a smart navy coat, with a white belt, a hat and even a matching cravat-style scarf.

Another said: “When passengers dressed up to travel, cheers!”

The duo and their ensembles also spurred nostalgia from many, with one social media user adding: “Those were the days. Dressing up for a flight.”

Indeed, in past decades, travellers often had to follow a dress code from their airline or train operator.

The lack of commonality of long-distance travel and holidays often made it a far more special and glamorous experience.

“It really was as glamorous as it looks,” said Thor Johnson, a former Pan Am vice president who worked for the airline in the 1950s and 1960s, as part of the documentary ‘I Was a Jet Set Stewardess’.

“We served those beautiful meals, and people dressed up when they got on the plane. There were dress codes, but people would have dressed well even without rules,” he said.

However, it was the dawn of budget airlines and frequent travel that is largely to blame for a downturn in onboard style.

Speaking to The Huffington Post, Janet Bednarek, a history professor at the University of Dayton, says this began in the 1970s.

“The more casual dress on flights is associated with deregulation but really that was a coincidence, not causal. There was already a larger shift in the culture.”

ByDavid Nield We all want our family life to be as happy as possible – and now researchers have identified some of the personal characteristics...
Read more