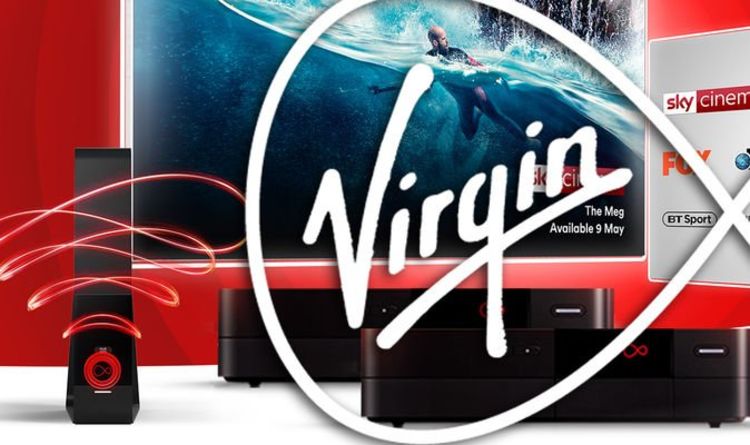 Virgin Media continues to be a hugely popular TV and broadband supplier but with the competition increasing the firm will need to stay one step ahead of its rivals in 2020. Services such as Sky Q and BT’s Complete Wi-Fi are now offering customers some very tempting features and Virgin Media needs to continue to push out updates if it wants to keep customers from making the switch to one of its rivals.

Although nothing has yet been confirmed for 2020 there’s plenty of upgrades that would make Virgin’s service infinitely better and here’s five things that could arrive in your home this year.

If you subscribe to Virgin via the latest V6 box and want to watch TV in more than one room it’s currently not that easy.

The only way to beam boxsets to and recordings to your bedroom is to take delivery of another chunky V6 box which isn’t the most subtle way of getting a multi-room experience.

Sky currently offers its Q Mini boxes which act like minute versions of the main device and allow users to watch, stream and record anything that takes their fancy.

TiVo, the company who makes Virgin’s hardware, does offer something similar to Sky Q in the US and hopefully, this update will arrive in the UK soon.

The broadband firm recently switched on its hyperfast Gig1 technology in Southampton but it’s now confirmed that those living in Greater Manchester can now access these speeds as well.

Gig1 offers the ability to download files at speeds of 1,104Mbps which would allow you to beam a full HD film to your telly in under a minute.

With 1,104Mbps available in your home, Virgin Media reckons you’ll be able to download a 1080p HD blockbuster (around 5GB in size) in just 42 seconds – the UK’s average connection, downloading the same film will take 13 minutes.

If you’d rather watch in UHD 4K (around 20GB), the Gig1 connection will have the film queued-up in less than 3 minutes, compared to nearly an hour (52 minutes) on the UK’s average connection.

Along with offering that fast download speed, Virgin customers on Gig1 will also get upload speeds of over 50Mbps.

There’s no word on when more of us will get this boost but hopefully, it will roll out across extra parts of the UK soon.

Give us more space on the V6 box

The V6 box is a very accomplished piece of technology with it offering users the ability to record six shows at once and watch TV in full 4K Ultra HD quality.

However, there is one flaw with this device as it only allows users to store around 500 hours of TV on its 1TB hard drive.

That may not sound too bad but the more premium Sky Q boxes come with a massive 2TB option which brings double the storage that you’ll find on Virgin’s offering.

Whether this changes in the future remains to be seen but Virgin could certainly do with adding a bigger model to its range to keep all of its customers happy.

Virgin has already given fans a glimpse of its pin-sharp 4K Ultra HD with HDR content.

The firm beamed the Wimbledon tennis championship to TVs in this stunning format which offers a much more rich and vibrant image.

Hopefully more shows, sports and movies will get this High Dynamic Range makeover in the future and with Sky still yet to announce its HDR release date news, this could give Virgin a major advantage.

- Advertisement -
Facebook
Twitter
Pinterest
WhatsApp
Linkedin
ReddIt
Email
Tumblr
VK
Previous articleEclipse 2020: When is the beautiful Penumbral Eclipse? When can you see the lunar eclipse?
Next articleJames Jordan: ‘I will find it difficult’ Dancing On Ice winner admits after 'w****r' jibe

ByThe news comes as Openreach confirmed the next batch of areas across the UK that could get the upgrade to a full-fibre connection. Announced...
Read more
Tech

Which Tablet Should I Get for My Kids?

ByAdrienne SoAs a WIRED reviewer, there is no shortage of screens in my house. When it comes to my 3- and 5-year-old, I try...
Read more
Tech

These Hassle-Free Speakers Add Cinema Sound to Your Home

You should hold fire on buying the Google Pixel 5, if this leak is to be believed

ByAs reported in a post by Toms Guide, a rumour has emerged that Google could be about to release "a true flagship Pixel" next...
Read more