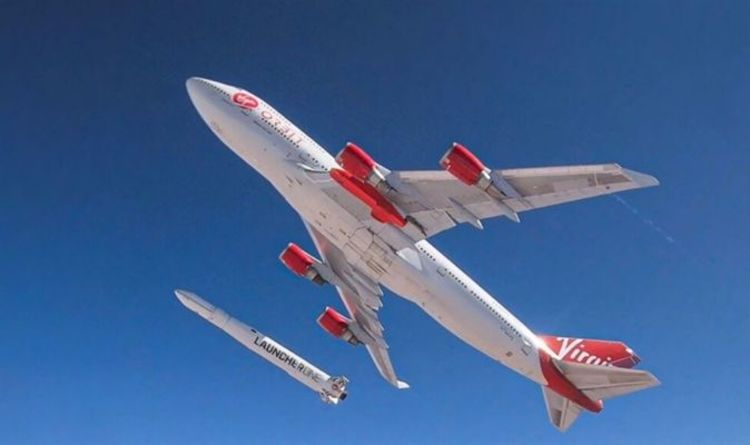 Sir Richard Branson’s Virgin Orbit, which will one day launch satellites into Earth’s orbit, has been forced to postpone its first orbital launch. The launch was scheduled for today, taking off from the Mojave Air and Space Port in California.

The launch would have seen its LauncherOne vehicle reach the edge of space for the first time.

However, Virgin Orbit announced that the test has been pushed back until Monday, May 25.

The company said a sensor was “acting up”, but added the fault should be an easy fix.

Virgin Orbit said: “We completed fuelling of our LauncherOne rocket yesterday for our Launch Demo.

“Everything has been proceeding smoothly: team, aircraft, & rocket are in excellent shape. However, we have one sensor that is acting up. Out of an abundance of caution, we are offloading fuel to address.

“This means we are scrubbed for today. Currently, it appears we’ve got a straightforward path to address this minor sensor issue and recycle quickly.

“The crew are already hard at work putting that plan into action. We’ll provide an update on the new launch target later today.”

This involved a carrier plane, named Cosmic Girl, with a rocket strapped beneath one wing.

When the carrier plane, which is a modified Boeing 747, reaches a certain altitude, it releases the LauncherOne rocket which carries on heading towards space.

Virgin’s space fairing arms have been busy during the coronavirus pandemic, with Virgin Galactic having recently successfully tested its VSS Unity.

The company stated it considered this step a major milestone in its bid for commercial flights, which could begin as early as this year.

Virgin Galactic hopes to take paying customers to the edge of space, where they will be able to experience zero gravity as well as a stunning view of Earth.