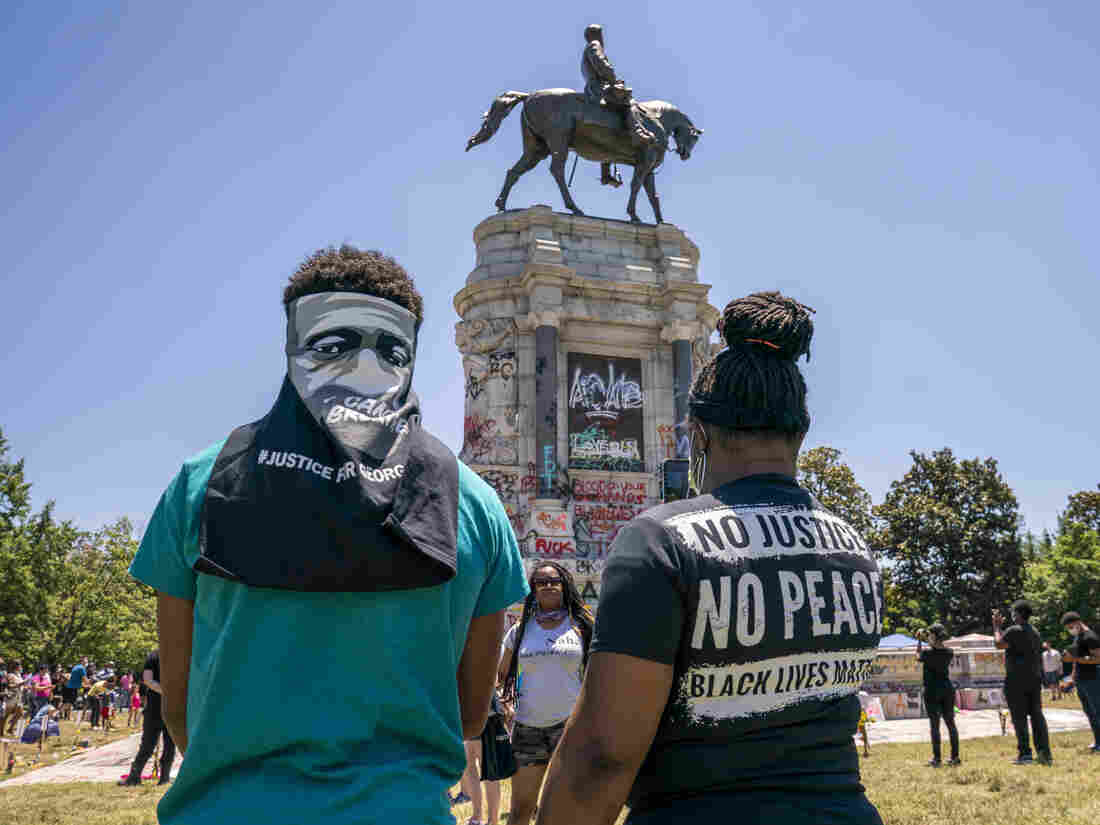 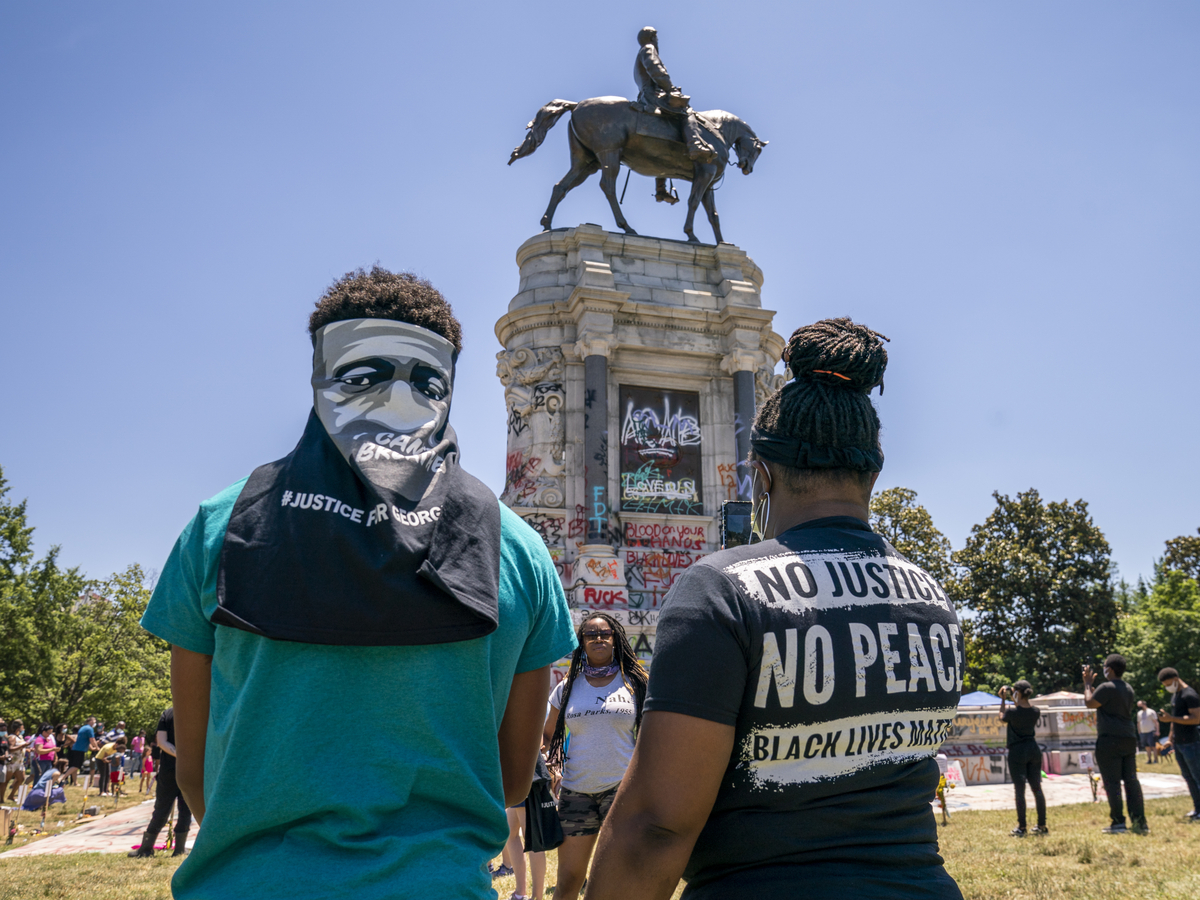 People gather at the Robert E. Lee Monument, now covered by protest graffiti, in Richmond, Va., on Sunday. A judge on Monday issued a temporary injunction against its removal.

A judge in Richmond, Va., has issued a temporary injunction blocking removal of a massive statue of Confederate Gen. Robert E. Lee, until a lawsuit seeking to halt the removal can be heard.

Amid nationwide protests calling for an end to police brutality against African Americans following the killing of George Floyd, Virginia Gov. Ralph Northam last week ordered the statue removed “as soon as possible” and placed in storage.

But on Monday, Judge Bradley B. Cavedo of Richmond Circuit Court issued the 10-day injunction, citing a lawsuit filed by William C. Gregory, who claims Virginia promised to “faithfully guard” and “affectionately protect” the statue when the land it is located on was annexed by the state in 1890. 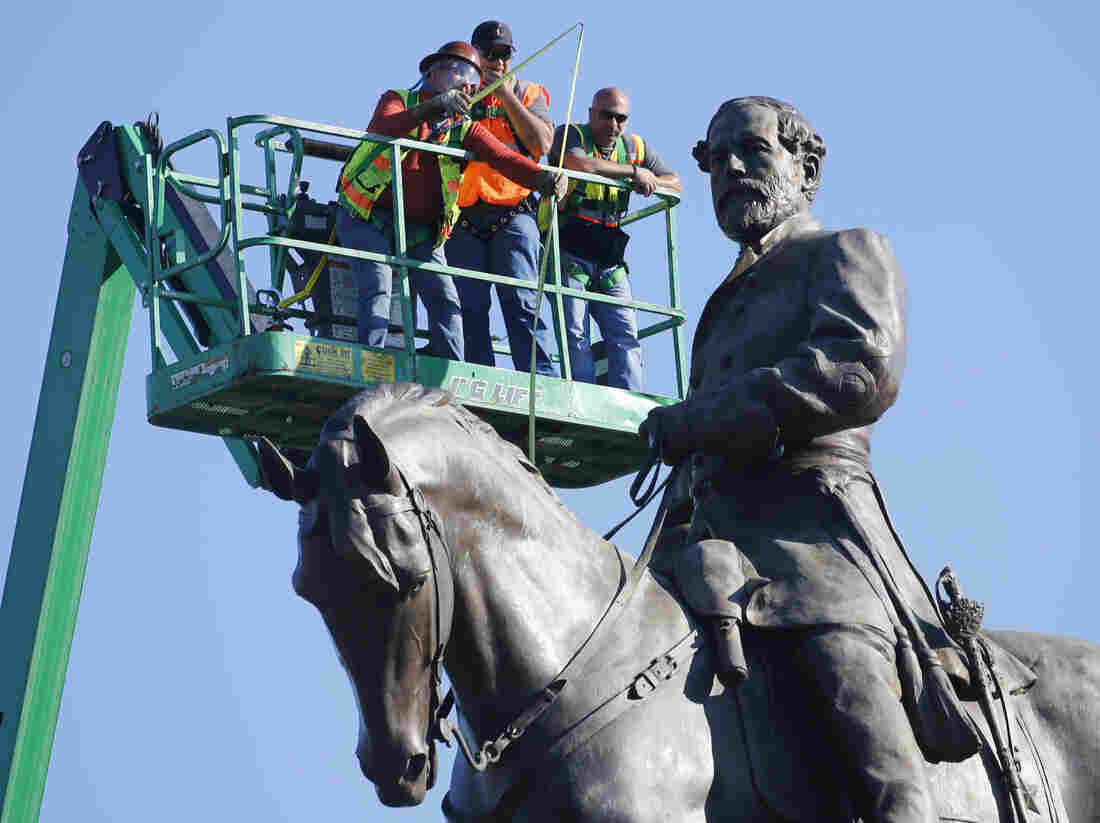 A crew from the Virginia Department of General Services takes measurements as they inspect the statue of Confederate Gen. Robert E. Lee on Monument Ave. on Monday. Steve Helber/AP hide caption 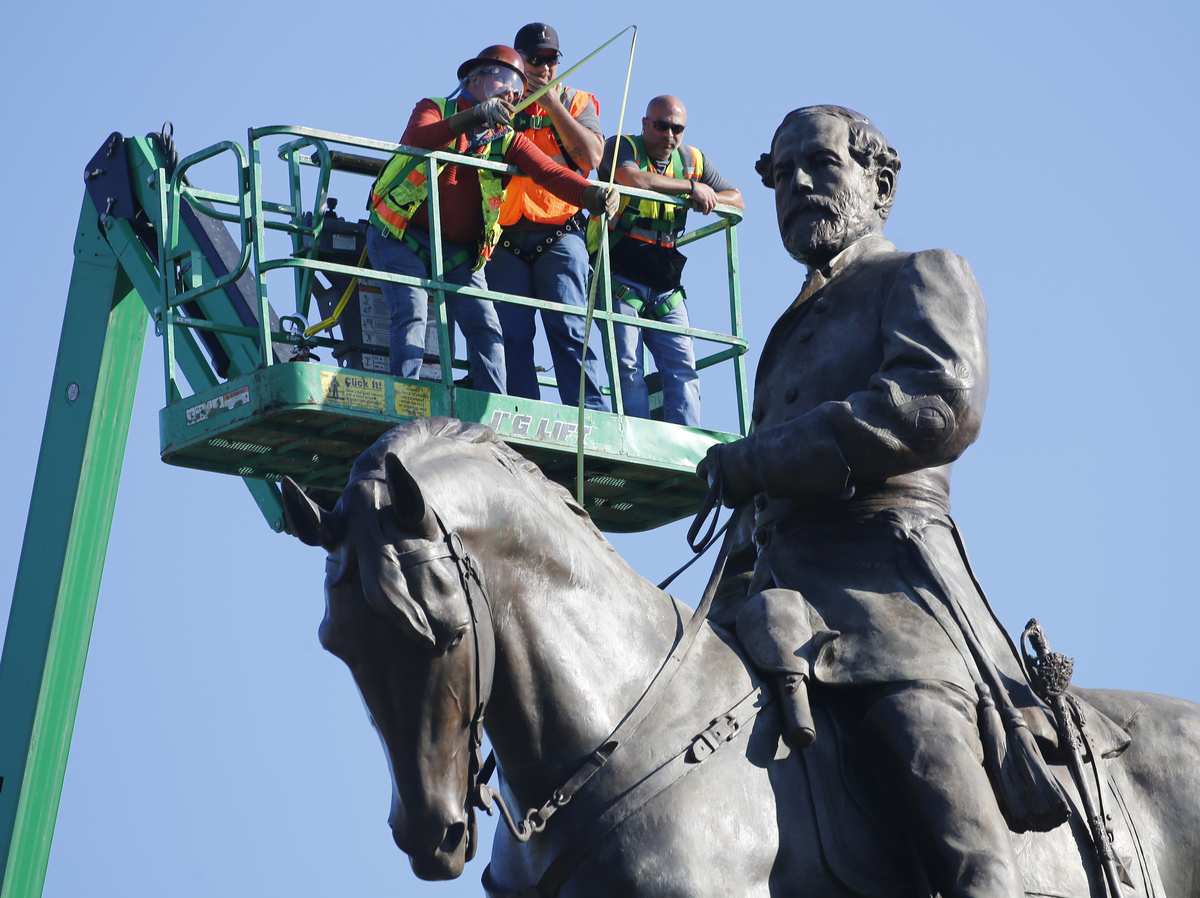 A crew from the Virginia Department of General Services takes measurements as they inspect the statue of Confederate Gen. Robert E. Lee on Monument Ave. on Monday.

Gregory is described in the complaint as a descendant of two signatories to the deed.

“[Gregory’s] family has taken pride for 130 years in this statue resting upon land belonging to his family and transferred to the Commonwealth in consideration of the Commonwealth contractually guaranteeing to perpetually care for and protect the Lee Monument,” the lawsuit says.

The judges’s order says it is in the public interest to await resolution of the case on the merits before removing the statue.

A spokeswoman for the governor, Alena Yarmosky, said in a statement that the judge’s decision was being reviewed.

“Governor Northam remains committed to removing this divisive symbol from Virginia’s capital city, and we’re confident in his authority to do so,” she said.

The plan by Northam, a Democrat, to remove the statue of Lee comes amid a push in recent years to remove monuments and other symbols of the Confederacy.

In Fredericksburg, Va., an 800-pound slave auction block dating to the 1840s was removed from the city’s downtown, and a week ago, a statue commemorating Confederate soldiers was removed from Old Town, Alexandria, Va.

In Richmond over the weekend, protesters toppled a statue of Gen. Williams Carter Wickham, a Confederate cavalry officer and politician.

Three years ago, the planned removal of another statue of Lee in Charlottesville, Va., prompted opposition in the form of a “Unite the Right” rally attended by white nationalists that resulted in the death of a counter-protester.

On Monday, the University of Alabama took down memorials to Confederate soldiers and plaques honoring students who served in the Confederate Army and student cadet corps.

In Texas, dozens of Confederate statues and landmarks have been removed in recent years.

Speaking last week on All Things Considered, Northam told NPR that the statue of Lee “is a symbol of oppression and divisiveness.”

“I think [we are at] a crossroads in this country, where we can go one way toward unity and bringing people back together or we can take the other route of more divisiveness,” he said.