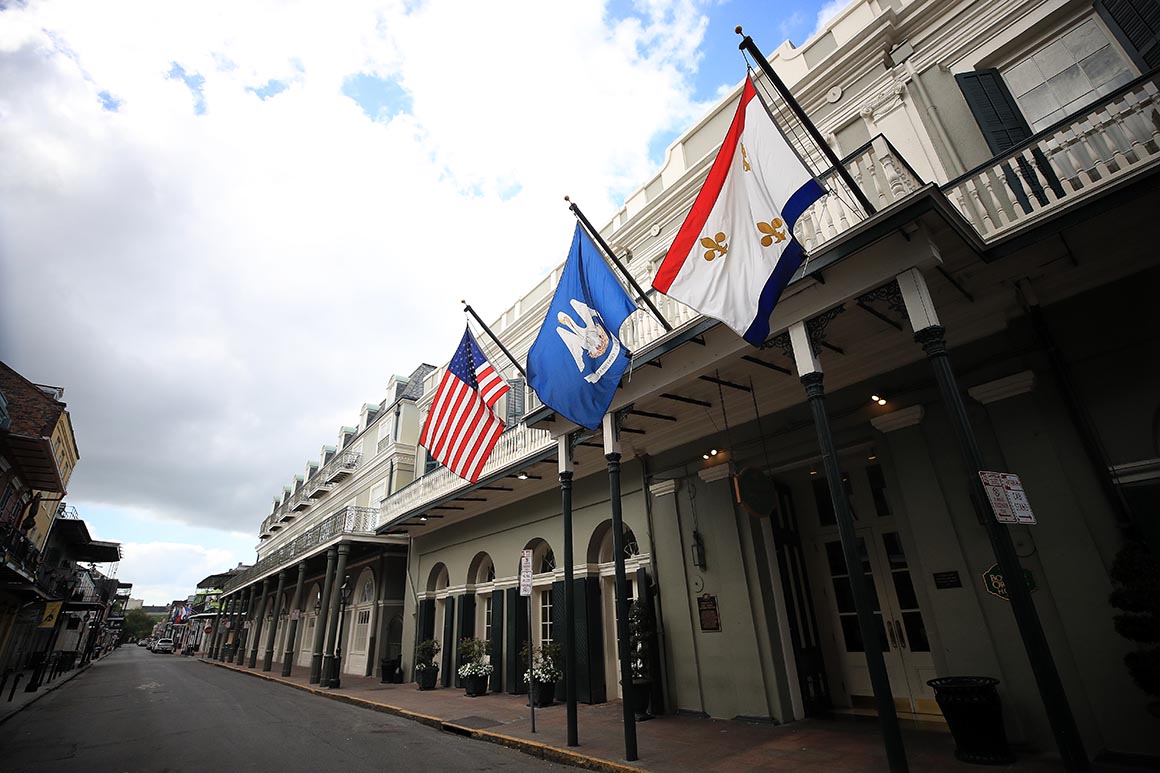 The models POLITICO examined could still change. Public health experts can’t account for how well people will follow social distancing measures, how many beds and ventilators a governor can acquire — or just plain luck.

But the states that many experts are most concerned with are the ones that have been slow to clamp down on travel and nonessential businesses.

“That’s alarming and scary because we know nobody is immune,” said Ali Mokdad, a health metrics expert at the University of Washington whose modeling has informed White House decisions and shows the peak of the pandemic in Georgia, Tennessee and Virginia, among others, is still weeks away.

With many Southern states only recently implementing stay-at-home orders, hospitals and local officials fear even sparsely populated counties could soon have more cases than their health care systems can handle. Local leaders and federal representatives are scrambling to add hospital capacity.

“The goal is to give our hospitals a fighting chance to care for people who do need beds, who need ventilators,” Rep. Cedric Richmond (D-La.) told the tele-town hall Wednesday night, as the 9 p.m. to 6 a.m. curfew took effect. “That’s why we’re asking people to be diligent and disciplined in heeding these warnings.”

Dougherty County, Ga., home to Albany, has about 90,000 people and more than 500 cases and 30 deaths, according to the state health department. Lee County, just to the north, has 115 cases and eight deaths in a population of 30,000. The state, where Gov. Brian Kemp issued a stay-at-home order on Wednesday, well after many other states, isn’t expected to see a peak for another three weeks, according to the University of Washington model.

“This is our fourth week dealing with the crisis, and unfortunately it does not appear we have reached the peak in the Albany area,” said Ben Roberts, a spokesperson for Phoebe Health, the largest medical center in the area. “We’re okay now, but as demand for [personal protective equipment] and critical care equipment and staff grows around the state and the country, the crisis could get exponentially worse.”

Phoebe had 49 ICU beds before the pandemic, with 27 more expected to come online in the coming weeks. But hospital leaders are still searching for more ventilators. And there is concern about the specialized staffing needed to care for critically ill patients. It’s already a daily struggle to find enough protective equipment for the staff, Roberts said.

In New York, the medical system was quickly overrun. Samaritan’s Purse, an evangelical organization, built a 68-bed tent hospital in Central Park. Refrigerated tractor trailers are being brought in to supplement the city’s morgues.

Local officials fear a repeat in their communities. In Robertson County, Tenn, just north of Nashville, there have been 51 cases, or nearly 74 per 1,000 residents, one of the highest per capita rates in the state.

“I’m concerned that folks just aren’t doing the distancing they need to do,” said Mayor Billy Vogle, who has been pleading daily with residents to stay home. “We’re going to have to get ready for what’s coming.”

Nashville, with 1.25 million people, is already a leading hot spot in the state. Nearly two-thirds of residents who live in Robertson County commute to Nashville for work, Vogle said.

On Thursday, Tennessee Gov. Bill Lee said Nashville’s Music City Center will be converted into a 1,600-bed hospitals for coronavirus patients who do not require critical care. Lee, after consulting traffic patterns, also announced a stay-at-home order, after resisting calls to do so from doctors across the state, including former Sen. Bill Frist.

“We clearly saw data in the last two or three days that changed the movement of Tennesseans, and that was very worrisome and it was also very dangerous,” Lee said.

The delay could prove costly and overwhelm the health system.

The Columbia University model also identified the area around Hampton Roads and Newport News, Va., at risk of having its health infrastructure swamped. Though the number of cases in those counties is currently low, Virginia is not expected to experience peak conditions until late May, and has so far received just a tiny fraction of the medical equipment requested from the federal government.

On Friday, state leaders confirmed that the tidewater region has some of the highest community spread in the state, and that it would be one of three areas designated for a field hospital to take pressure off the local medical system. The “alternate care” site in the Hampton Roads Convention Center will be able to hold up to 360 acute care beds or 580 non-acute beds, Gov. Ralph Northam said..

Hospitals in that area are preparing by halting elective procedures, setting up overflow beds in college dorms and other facilities and soliciting donations of ventilators and protective equipment.

Julian Walker, the vice president of communications for the Virginia Hospital and Healthcare Association, told POLITICO that facilities are bracing for a surge.

“If people faithfully practice social distancing to flatten the curve, we could avoid or at least minimize the spike of patients who need hospitalization and care during a narrow window of time that could overwhelm the system,” he said. “It’s going to take cooperation from everyone.”

Isle of Wight County, which the Columbia model flagged as having the most acute capacity issues in the state, has no hospitals, while the neighboring Suffolk City County has just 12 ICU beds.

The hospital system Sentara, which operates several hospitals in the region, said its facility in Suffolk City County has 172 total beds, any of which could be converted into ICU beds if needed.

“If we anticipate a surge, we would discharge all appropriate patients to maximize inpatient capacity,” added Sentara spokesperson Dale Gauding.

President Donald Trump last month suggested that red, primarily rural areas where he enjoys some of his strongest support have largely avoided the pandemic because they’ve had better local leadership than states on both coasts that were slammed early and hard by the virus.

Trump opined these red states should be allowed to return to work sooner than the rest of the country.

But public health experts say they’re most worried about those very areas. Arkansas, South Carolina and Texas do not have statewide stay-at-home orders. Florida and Mississippi enacted one only this week. That puts those states in the virus’ crosshairs, said Nirav Shah, a senior scholar at Stanford University’s Clinical Excellence Research Center.

“The best indicator of who is at risk is how tamped down are you in terms of social distancing,” he said.