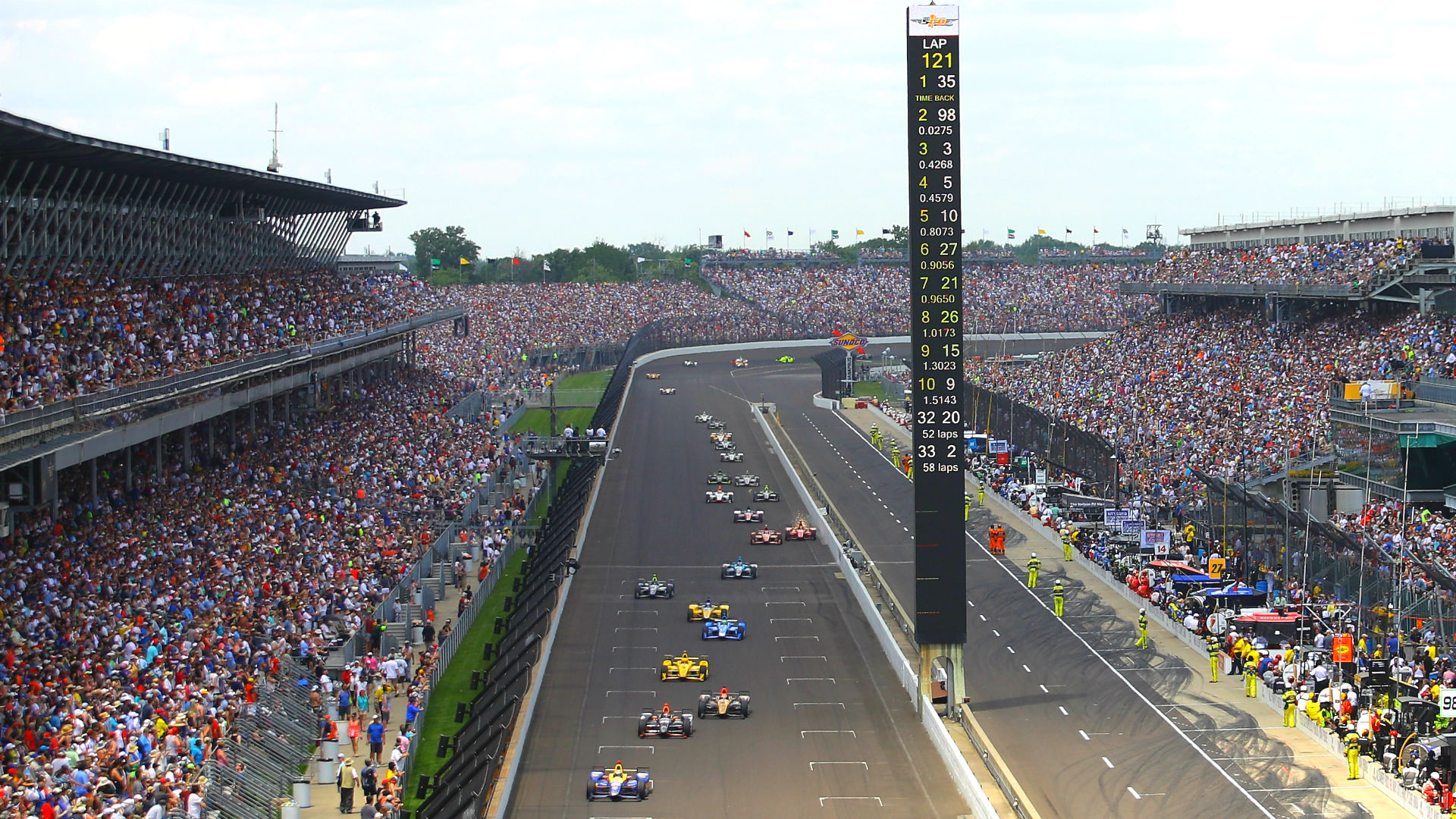 The calendar says this is May, and the welcome sign says this is Indianapolis, but it does not feel like either at the moment. Because this month in this city means the Indy 500 being contested on the Sunday before Memorial Day. It has been that way for more than 100 years, save for six cancellations because of the two World Wars, but it is not happening this weekend.

“This is just weird as weird can be for me,” Dave Calabro, for 35 years the track announcer at Indianapolis Motor Speedway, told Sporting News.

Calabro has been sports director at WTHR-TV for 27 years and began covering the race when he still was at Ben Davis High School in 1980. He grew up close enough to IMS — “just a bike ride away,” he said — to remember hearing the cars testing on the track while sitting in his fourth-grade class.

The Indy Cars have been silent these past three weeks. Working for Channel 13, Calabro occasionally has filed reports checking in with various drivers, but there has been no actual racing to discuss. The Speedway announced in late March that the race would be postponed until Sunday, Aug. 23. In announcing the decision, Roger Penske, whose company bought IMS this year, acknowledged “the month of May at the Indianapolis Motor Speedway is my favorite time of year.”

MORE: Fox pit reporter will drive more than anyone for Coca-Cola 600

The IndyCar Series will resume action June 6 at Texas Motor Speedway with a 300-mile night race, and then IMS will be active with the GMR Grand Prix road race on July 4. The Indy road race is another event that typically takes place in May but had to be postponed.

“There’s a rhythm to the whole spring you get into, and to eliminate the biggest part of it is, just for everybody, it’s just weird,” Calabro told SN. “There’s just so many routine things you do. Like, today is Carb Day. You’d be figuring out: OK, who’s sandbagging for the weekend? Who’s not? Who’s ready?

“The spirit of the city is like in full bloom. Everybody is in full song. And it’s here. To not have that …”

Calabro said he was speaking Friday to three-time Indy 500 champion Helio Castroneves, who said he keeps looking at the weather forecast for Sunday as if he were concerned about getting rained out. For the record, Accuweather says 85 degrees with intermittent periods of clouds and sun. A pretty damned good race day.

Those who live in Louisville, Ky., can relate because of the first-Saturday-in-May tradition of the Kentucky Derby. Those from Daytona, Fla., know what Speed Week is about. There aren’t many standalone sporting events in the U.S. that define an entire city the way the Indianapolis 500 does this community. My wife has at least two co-workers who’ve had season tickets to the 500 for more than 30 years.

It runs from the qualifying weekends to the Carb Day concert (Train, Blues Traveler, Kool & the Gang and Foreigner have played in past years) to the IPL 500 Festival Parade through downtown Indy to the Legends Day Concert (Luke Bryan was booked for this year) and then, at last, the race itself and the various traditions — honestly, if you can hear the words, “Ladies and Gentlemen, start your engines” without getting a chill up the spine, you probably haven’t lived here.

“It’s the world’s largest one-day spectator sport. That just kind of puts it into perspective, to start with,” Calabro said. “There’s so many layers to it that even if you hate racing, you get pulled into this thing. It just gets into your blood because it’s what Indianapolis is all about. Every family member’s got some tie to the 500, whether your daughter was in the parade or you go to the track, it just becomes a part of who you are, from the old-schoolers to the people who just want to go to check out the pre-race ceremonies.”

MORE: What’s it like to race without fans? NASCAR driver explains

With no racing to cover, and not a lot of sports, and a very heavy load of very downbeat coronavirus news in WTHR’s various newscasts, Calabro has been filing “Good News” reports this spring.

“It’s actually been really rewarding,” Calabro said. “There’s so much negative news right now, so we had this stupid idea to just ask people: What’s your good news? Because there’s a lot of good things going on in people’s lives behind the scenes, and we’re not hearing about it because this big issue is just consuming the world.

“So we just stuck a sign out in front of a Kroger store about eight weeks ago and just put an open mike. And people walk out and go, ‘Hey, my daughter’s getting married!’ Or, ‘We had a grandchild!’ Just letting people celebrate their moment has become huge. The reaction to it has been absolutely amazing; we’ve had a bunch of stations across the country grab the idea, and they’re doing the same thing.”

Calabro is looking forward to getting back to sports, not just for the games but to again be around those people he so regularly comes across: other reporters, athletes, coaches, those who work in the front offices of the Colts and Pacers and the area colleges.

And, come August, the drivers and teams that will contest the 2020 Indianapolis 500.

“It could be scorching hot. And will we have fans there,” Calabro said. “I think the uncertainty of it all is a factor, but the speedway will go out of their way to make it as normal as possible. Roger Penske is all about that. And he’ll leave no stone unturned to make it as special as May as possible.”