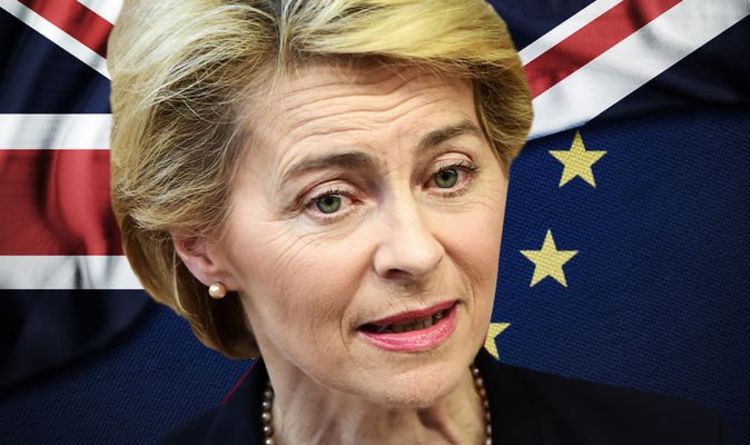 Former German defence minister Ms von der Leyen was due to take over from incumbent Jean-Claude Juncker at the start of next month, and despite her predecessor’s insistence a further Article 50 extension was not possible, one now seems inevitable. Pieter Cleppe, head of the Brussels office of the Open Europe think tank, told Express.co.uk the situation for Ms von der Leyen was now a great deal more complicated than it would have been had Mr Johnson been successful.

He said: “When it comes to Brexit, she was thinking it would be done.

“But now the focus will be on UK implementing the deal.

“If some UK election happens, the focus will be about a lot more.”

Ms von der Leyen has yet to comment publicly on the latest developments, but last week said: “I will be busy with Brexit, of course, with my Commission.

“Because Brexit is not the end of something, Brexit is the beginning.

However, MPs backed an amendment tabled by Sir Oliver Letwin withholding consent until all the relevant legislation had been passed.

As a result, Mr Johnson was forced to send a letter to Brussels requesting a further delay in accordance with the Benn Act aimed at preventing a no deal Brexit, which he refused to sign, as well as sending another letter explaining why he did not think such a move was necessary.

The Prime Minister did score a victory when the Withdrawal Agreement Implementation Bill (WAIB) passed its second reading in the House by 329 votes to 299.

However, minutes later he was dealt a significant when MPs voted down the Programme Motion setting out an ambitious timetable for getting the required Brexit legislation by October 31 – the deadline by which Mr Johnson has vowed to take the UK out of the bloc “do or die”.

Speaking after the result, European Council President Donald Tusk said he would recommend leaders of the EU27 grant a further delay, with uncertainty over the length of this.

Number 10 has said Mr Johnson will push for a general election is the extension is a three-month one, as stipulated in the Benn Act.

Ms von der Leyen had been due to start work on November 1, by which time Mr Johnson had hoped the UK would no longer be a member of the bloc.

However, the start date for the new European Commission which she will oversee has been pushed back until December 1, with France, Hungary and Romania having to find replacements for their three rejected nominees for commissioners, Sylvie Goulard, Laszlo Trocsanyi and Rovana Plumb respectively.