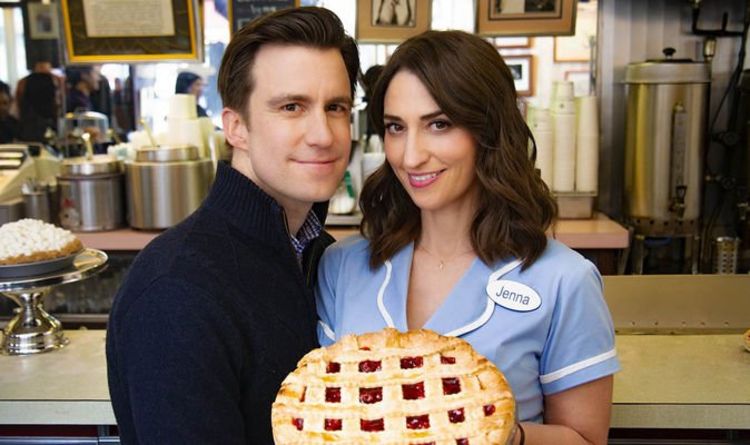 Full disclosure, it’s already one of my favourite shows in London. But how could I resist a third (yes, I’m greedy) helping when it comes topped with two sensational performances like this? It would be a thrill and honour enough just to see Bareilles perform the show she has shepherded to Broadway and West End success, but then it turns out she is also pretty darned fantastic in the main role, too. Waitress, quite simply, is food for the soul.

Both leads are wonderful, awkward and yearning as they seek someone to see them, desperate for a moment to feel something.

It’s a credit to their talents that they are just as hilarious trying to have illicit hook-ups during the song Bad Idea as they are tart on It Only Takes A Taste and tender on You Matter To Me. Blissfully, on the night I saw it, they also cracked up and almost lost control of the Bad Idea scene, with Bareilles struggling to contain her laughter and Creel egging her on. It was heaven.

Bareilles, naturally, also brings the house down with the heartbreaking and anthemic She Used To Be Mine, which is fast becoming established as one of the great showstoppers of modern musical theatre. My spine was well and truly tingled.

The extraordinary power of the show is that its inherent sweetness never becomes sickly.

Abused waitress Jenna and her married gynaecologist Dr Pomatter may fall in love and sweep the audience swooning along as they seek to somehow save each other, but both must first learn to face and save themselves.

The show faces the complexities of unhappy and, in Jenna’s upsettingly well-rendered case, abusive relationships, but the smart book and lyrics neither judge nor excuse.

Everything is lensed through a hokey hick setting but the universal truths feel just as real to a modern big city crowd.  And it’s universal, speaking to men as much as women.

In a recent chat, Bareilles told me: “It’s really not just a show for girls. A lot of people think that. There are definitely feminist themes but now more than ever we are breaking that misconception that only women are interested in these themes.

“We have incredible male characters. It’s really funny. I might be biased but I think the music is pretty great. It’s sexy and a little bit naughty. Although I’m shocked by people who don’t want to see it because of those scenes. I mean, come on, it’s not lewd and offensive. It’s fun.

“It’s a show that balances light and darkness really beautifully. If we do our job every night, hopefully, we’ll make you laugh and cry.”

A perfect example is Marisha Wallace, who always comes close to stealing the show, in her second breakout West End role after Effie in Dreamgirls.

She brings a similar level of sass and seriously huge lungs to the role of gal pal Becky, most notably on the epic I Didn’t Plan It which blew the roof off an already thrilled theatre.

Special note must be given to Lorin Latarro’s subtly sensational choreography. It rarely strays into traditional dance, but instead breathes and moves through the players as an extension of the music. The last time I saw this so well done was on screen in the film Baby Driver.

Praise too for Scott Pask’s cinematic set design, simple yet versatile as it switches from widescreen panorama to Jenna’s claustrophobic home.