Wales on the BRINK: Shock poll reveals SURGE in support for scrapping of Welsh Assembly 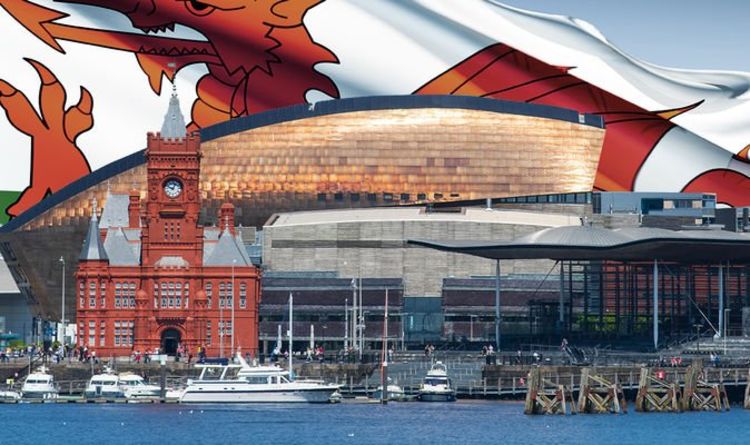 Professor Roger Awan-Scully of Cardiff University said if anti-devolution forces united, the Abolish the Welsh Assembly Party (ATWAP) could win seats in Wales. It comes as a new poll suggests around 24 percent of people would vote to get rid of the National Assembly for Wales in Cardiff.

In the 2016 election, ATWAP won more votes than the Liberal Democrats in two of the five regional lists.

In Wales, Assembly members are elected under two systems, with 40 constituency assembly members (AMs) elected via the first-past-the-post system used in Parliament.

Meanwhile, 20 regional AMs are chosen using a quote system to give a more proportional overall result.

Although ATWAP did not win any seas across Wales, the party managed to secure 4.5 percent of the regional list vote.

This was considered fairly significant considering the party had limited resources and almost no media coverage.

Prof Awan-Scully, who also works at the Wales Governance Centre, said: “If forces that are broadly sceptical or hostile to devolution can organise around a single clear alternative, they will probably win some representation in the assembly.

“Although support for devolution in general has increased in the few years that followed devolution, there has remained this persistent body of opinion of people who when asked the question don’t really like the idea of there being a devolved level of government in Wales.”

According to the poll carried out by YouGov Welsh Barometer in January, when given a range of options on the future of devolution, more than half – 56 percent – of the population support the status quo.

Mr Rees added: “If there was a referendum tomorrow, we’d lose.”

Yet, he said he hopes high profile candidates could give the party a platform to get more widespread support.

He said: “Devolution has been going on for 20 years and people don’t feel that it’s mattered, that it’s helped people.”

There is a slight variation in support for abolishing the Assembly across Wales, according to the YouGov survey.

In South Wales Central, which includes Cardiff, it was 22 percent, compared to 27 percent in the North Wales region and in Mid and West Wales.

BBC Wales interviewed several locals in north Wales about their opinion on devolution.

In Mold, Flintshire, while many felt that Cardiff Bay was far away, not everyone thought the institution should be abolished.

Earlier this month, the Welsh Assembly announced it would spend a week in the summer of 2020 in northeast Wales in order to “engage” its work.