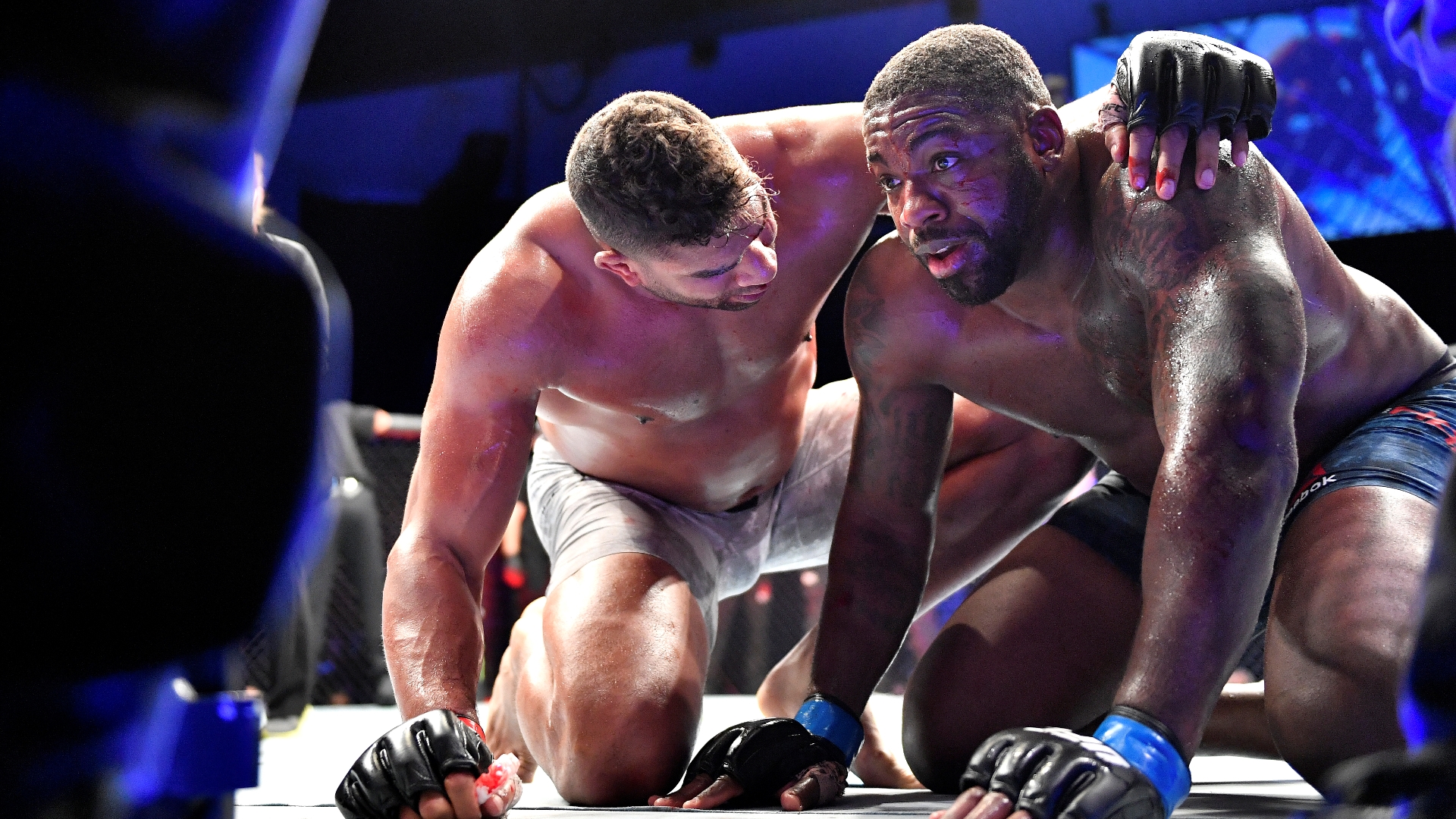 Walt Harris vowed to come back stronger after a tough TKO loss to Alistair Overeem in an emotionally charged UFC heavyweight fight in Florida on Saturday.

Harris, 36, was stopped in the second round of his first bout since the disappearance and death of his stepdaughter, Aniah Blanchard, late last year.

The American considered quitting mixed martial arts before agreeing to headline what was the UFC’s third event in eight days at an empty VyStar Veterans Memorial Arena in Jacksonville.

Harris almost claimed his 14th career victory after dropping Overeem in the opening round, but the eighth-ranked Dutchman recovered and made his vast experience count.

Speaking afterward, Harris thanked the UFC, his team and the local community in Homewood, Ala., where he lives.

“I love you guys,” he told ESPN. “I’m sorry I didn’t get the ‘W’ for you tonight but you have been there for my family and me through everything.

“To the fans, I know you couldn’t be in here tonight but you’re all at home watching. I’m sorry, I’ll be back better, I promise you. You haven’t seen the last of ‘The Big Ticket.’

“I’m going to go home, recover, heal emotionally and physically and I promise I’ll be better.”

Overeem, who lost to Jairzinho Rozenstruik in December, consoled Harris after the fight and praised his opponent for the challenge.

“It was tough, he didn’t want to give up. I felt he was tired but he hung in there. But I hadn’t really tired,” Overeem said.

Asked about his next objective, Overeem responded: “Let’s look at the rankings, fight again later this year and maybe we’re going to see if there’s one more shot at the title.”