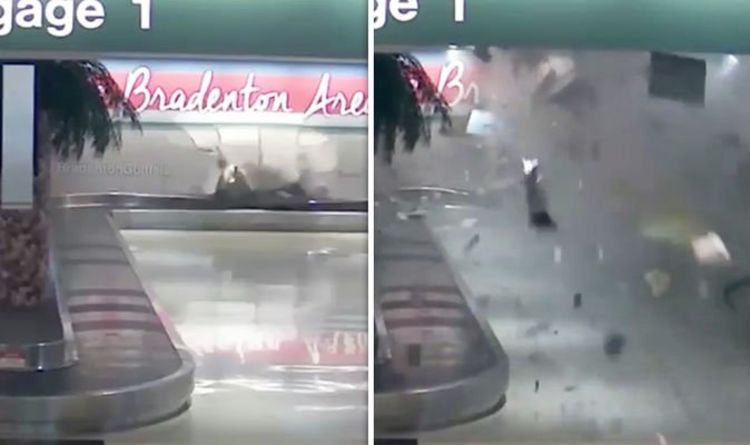 “He never slowed down, went right through the cinderblock wall in baggage claim, took out the conveyor system and the wall,” said Rick Piccolo, chief executive of the airport.

“If this happened during the day when there’s a flight on the ground, there’s a couple hundred people around the conveyor belt, and this could have been pretty catastrophic,” he added.

Airport staff behind the Alamo rental car counter were “shaken up but not injured.”

The incident is still under investigation.