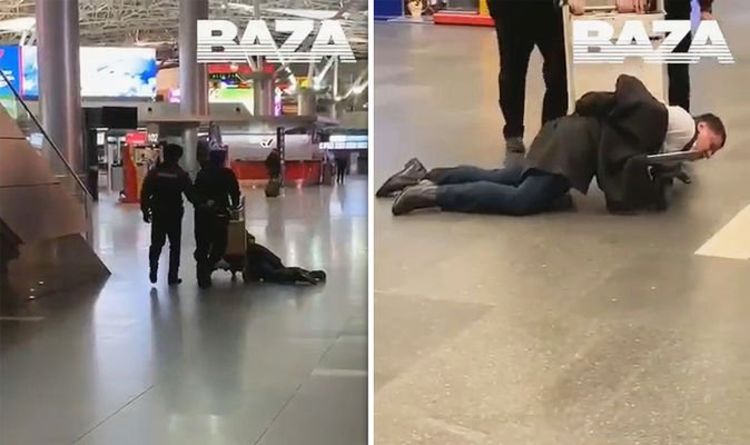 Another added: “What a dangerous beast, folks. People like him should be transported in a cage.”

A third wrote: “I think they should have called doctors to check on him.”

Russian media report that Podkolzin was sacked following the video of him leaking online.

There is speculation that Podlozkin may have expressed his desire to resign shortly prior to being sacked, however, this information has not been confirmed.