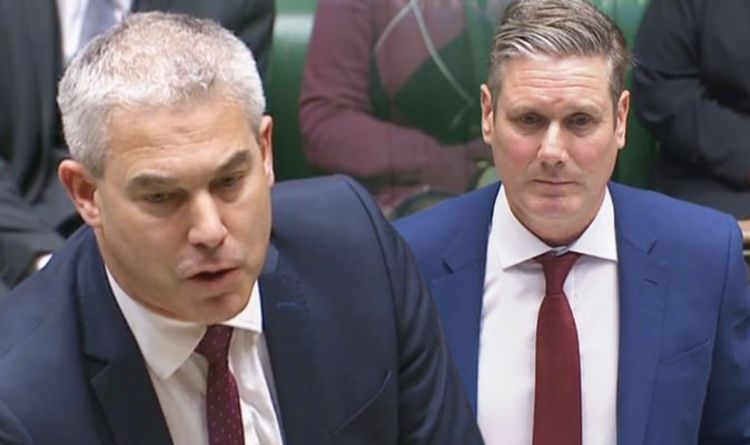 The Labour Shadow Brexit Secretary is known to be a strong supporter of remaining in the European Union. However, as the result of the vote on the Withdrawal Agreement vote was announced by Conservative Stephen Barclay, Sir Keir shook his hand. The gesture will be seen as Sir Keir admitting defeat regarding stopping Brexit.

Mr Barclay is the Brexit Secretary and he will now be tasked with taking the process forward now that the Withdrawal Agreement has been approved by Parliament.

Sir Keir may now shift his attention to the Labour leadership contest as he has been mentioned as a possible contender to lead the Party.

Before the vote, which passed with an overwhelming majority, Mr Johnson told Parliament: “This is the time when we move on and discard the old labels of ‘Leave’ and ‘Remain’.

“Now is the time to act together as one reinvigorated nation, one United Kingdom.”

“Now is the moment to come together and write a new and exciting chapter in our national story, to forge a new partnership with our European friends, to stand tall in the world, to begin the healing for which the whole people of this country yearn.”

Mr Johnson urged Parliament to come together and allow the “warmth and natural affection that we all share” for the UK’s European neighbours to “find renewed expression in one great new national project”.

The PM told MPs the Bill must not be seen as a victory for one party or faction before adding: “This is the time when we move on and discard the old labels of Leave and Remain.

“In fact, the very words seem tired to me – as defunct as Big-enders and Little-enders, or Montagues and Capulets at the end of the play.

Mr Johnson continued: “We will be able to move forward together. The Bill ensures that the implementation period must end on January 31 with no possibility of an extension.

“And it paves the path for a new agreement on our future relationship with our European neighbours based on an ambitious free-trade agreement, with no alignment… on EU rules, but instead control of our own laws and close and friendly relations.

“This vision of the United Kingdom’s independence, a vision that inspires so many, is now if this Parliament, this new Parliament allows, only hours from our grasp.

“The oven is on, so to speak, it is set at gas mark 4, we can have it done by lunchtime, or late lunch.”