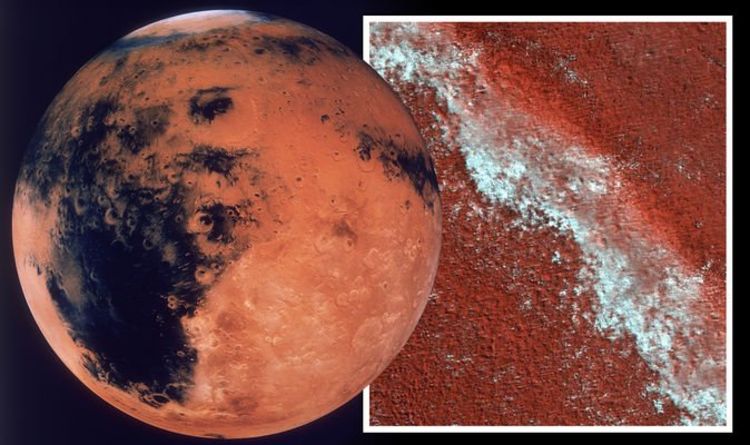 “In the end, it’s not always a piece of cake studying NPLD on Mars but, where there cakes there is hope.”

Water is one of the main building blocks of life, as far as life on Earth goes, and its discovery on Mars opens up the possibility the Red Planet once hosted life.

In its current condition, Mars is too inhospitable for life to exist on the surface.

But the planet is believed to have once been hotter, wetter and much more like a young Earth many millions of years ago.