'We fell into the trap!' Real reason Boris Johnson pushed... 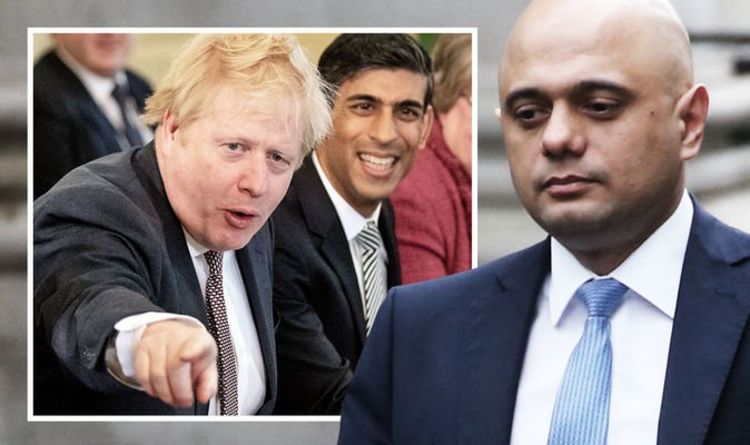 According to Salma Shah, former aide to Sajid Javid, the Prime Minister set out a “trap” for the former Chancellor and his team in order to have a more Brexit-supporting team by his side going forward. Speaking to the BBC’s Newscast, Ms Shah said: “I fell into this trap of thinking well the withdrawal agreement is done, maybe we don’t need to have that Brexit-Remain balance.

“But actually, I was talking to somebody earlier today and I said have we all miss the trick here looking forward to what’s going to happen?

“Has there been a clear-out because we don’t want any more ructions around whether we are going to extend the transition period and things like that?

“It could be that we get to October and we are right back where we were last year.”

Echoing Ms Shah’s analysis, BBC News political editor Laura Kuenssberg added: “And Rishi Sunak was on the telly a little while ago saying ‘oh it doesn’t really matter if we don’t have a trade deal with the EU’.

“And so if you’ve got Michael Gove who’s got more power from today and is completely in charge of the Cabinet Office and all its elements – he was already powerful in lots of ways.

“Rishi Sunak is now Chancellor, who was an out-and-out Brexiteer, and although Sajid Javid had eurosceptic tendencies, in the end, he was a Remainer.”

Mr Javid accused the Prime Minister of setting conditions “any self-respecting minister” would reject – seen as a thinly veiled swipe at his successor.

And he told Mr Johnson in his resignation letter that he believed it was “important as leaders to have trusted teams that reflect the character and integrity that you would wish to be associated with”.

The bombshell – less than a month before the Budget – follows tensions between the ex-chancellor and the PM’s chief adviser Dominic Cummings.

In August, Mr Cummings fired Mr Javid’s aide Sonia Khan and it appears Number 10 wanted to go further in keeping a closer eye on him.

The move – viewed by critics as a power grab by Mr Cummings – means Britain is on to its third chancellor in a year.

Downing Street refused to guarantee that next month’s Budget would go ahead as scheduled, with a spokesman saying only that “extensive preparations have already been carried out for the Budget and they will continue at pace”.

In other moves, Andrea Leadsom was sacked as business secretary, Theresa Villiers lost her job as environment secretary and Geoffrey Cox was removed from his post as attorney general.

Along with the ministerial exits, the reshuffle – which Downing Street insiders had predicted would be “conventional” before the row with Mr Javid – included promotions for MPs who are highly rated by Number 10.