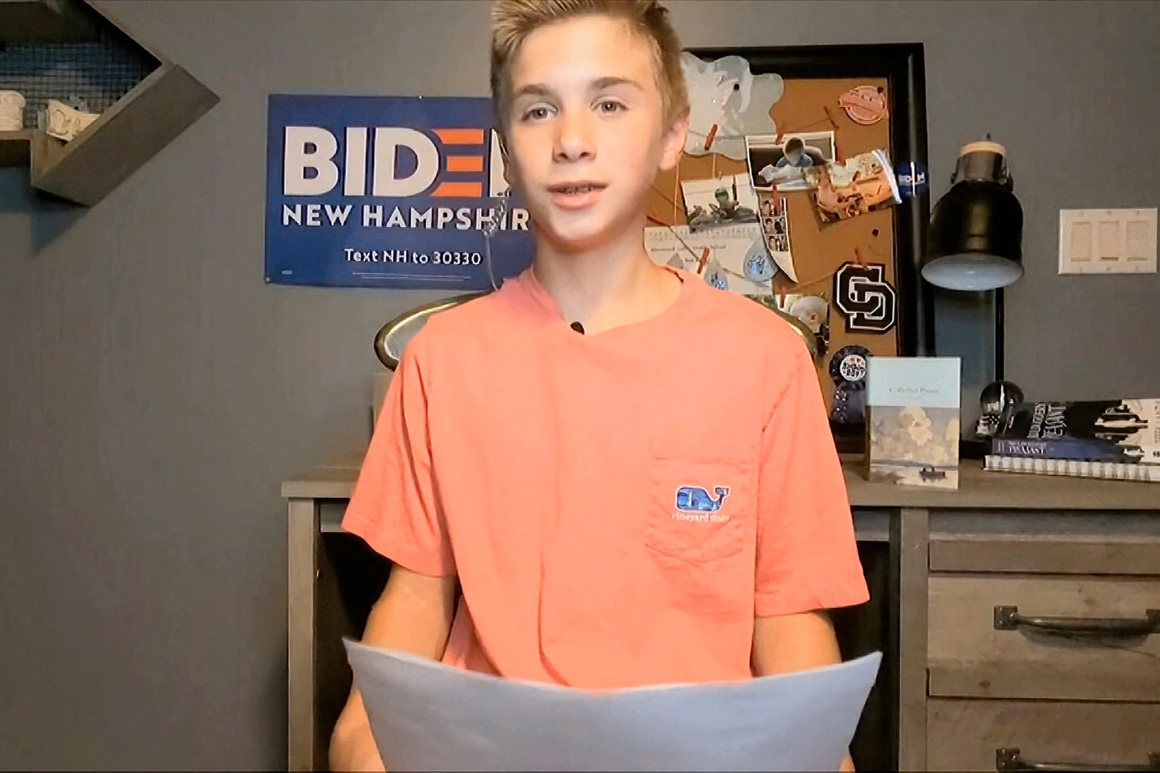 Biden has spoken openly throughout his White House run about his difficulties stuttering as a young man and his continued struggles with the speech disorder throughout his career in public office.

In his conversation with Biden, Harrington said, the former vice president offered tips to help overcome his stutter — including showing him “how he marks his addresses to make them easier to say out loud.”

Holding up a copy of his own annotated speech, Harrington said: “I did the same thing today, and now I’m here talking to you today about the future. About our future.”

Harrington went on to issue an impassioned endorsement of Biden that emphasized the candidate’s empathy and the importance of electing someone “who will make our country and the world feel better.”

“I’m just a regular kid, and in [a] short amount of time, Joe Biden made me more confident about something that’s bothered me my whole life,” he said. “Joe Biden cared. Imagine what he could do for all of us.”

Reactions to Harrington’s remarks on social media were overwhelmingly positive, with veteran news anchor Dan Rather tweeting that the teen had demonstrated “Pure, unvarnished, courage” through his remarks.

The praise for Harrington extended across the political aisle. “Way to go, Brayden!” tweeted Kellyanne Conway, the counselor to President Donald Trump.

John Hendrickson, a senior editor for The Atlantic who stutters and chronicled Biden’s challenges with stuttering in an article last year, congratulated Harrington and noted “how he struggles for breaths” in his speech.

“Stuttering takes so much air out of you,” Hendrickson tweeted. “You may hear Biden struggle to breathe a bit this way later.”

“Speaking is hard for me too, Brayden,” tweeted Giffords, a prominent gun control advocate who was shot in the head by a would-be assassin in 2011.

“But as you know, practice and purpose help. Thank you for your courage and for the great speech!”