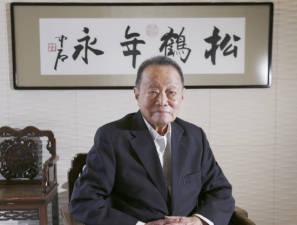 PETALING JAYA: The wealth of Malaysia’s 50 richest on the 2020 Forbes Malaysia Rich List fell for a second straight year due to a weaker ringgit and a nearly 10% decline in the country’s benchmark stock index.

Their collective net worth of US$ 79 billion (RM329 billion) is down 7% from a year ago, according to Forbes.

“Malaysia’s slowing economy, now getting hit by the coronavirus outbreak, has taken a toll on its tycoons,“ said Forbes in a statement.

Nonagenarian business legend Robert Kuok (pix) takes the top spot again with a net worth of US$ 11.5 billion, a position he has held for over two decades. Kuok is among four listees whose wealth shrank by more than US$ 1 billion in the past year.

Retaining his spot on the list at second is Hong Leong group’s Tan Sri Quek Leng Chan, who added US$ 300 million to his fortune of US$ 9.7 billion.

Maxis’ Tan Sri Ananda Krishnan takes the third spot with a net worth of US$ 5.9 billion, down US$ 300 million from the year before.

The hardest-hit in dollar terms was Public Bank founder Tan Sri Teh Hong Piow (fifth, US$ 4.85 billion). His fortune was buffeted by headwinds in Malaysia’s banking industry, slipping two spots from third last year. Teh saw US$ 1.85 billion shaved off his wealth since the last list as shares in Public Bank declined roughly 30%.

In addition to Kuok and Teh, Genting group’s Tan Sri Lim Kok Thay (seventh, US$ 3.2 billion) and Hap Seng Consolidated’s Tan Sri Lau Cho Kun (10th, US$ 2.3 billion) also saw their wealth decline by more than US$ 1 billion as their fortunes fell by US$ 1.2 billion and US$ 1.1 billion respectively.

AirAsia’s Tan Sri Tony Fernandes (41st) and Datuk Kamarudin Meranun (43rd) saw more than a third of their fortunes drop, to US$ 335 million and US$ 315 million respectively. Aside from the coronavirus onset curtailing air travel, another blow to their fortunes came in early February after a UK court ruling implicated AirAsia and unnamed executives in an Airbus bribery case.

In all, 22 listees suffered a decline in their net worth from a year ago, but an equal number were modestly better off. Among the latter group was casino mogul Tan Sri Dr Chen Lip Keong, who moved into the top five for the first time at fourth. Booming growth at Chen’s NagaWorld casino complex in Cambodia, prior to the coronavirus outbreak, helped push his net worth up 6% to US$ 5.3 billion.

Another notable gainer was glovemaker Hartalega Holdings’ Kuan Kam Hon (ninth). His net worth grew US$ 400 million to US$ 2.8 billion, from US$ 2.4 billion a year ago.

There are five newcomers on the list, the richest of whom are a pair of inheritors. Debuting at sixth are brothers Datuk Lee Yeow Chor and Lee Yeow Seng, who share a combined US$ 4.8 billion legacy left by their father, the late Tan Sri Lee Shin Cheng of IOI group.

Five from last year’s list are missing this year, most notably Grab cofounder Anthony Tan. With a lofty valuation of US$ 14 billion, the ride-hailing decacorn has grown from its Malaysian roots to become a regional player headquartered in Singapore. Tan, a Singapore citizen, will therefore be a candidate for that country’s rich list.

The four others who did not make the cut this year include Eco World Development’s Datuk Leong Kok Wah, who was affected by a glut of new property that depressed prices and market sentiment.

The minimum net worth to make the list this year is US$ 255 million, up from US$ 250 million last year.

The top 10 richest in Malaysia are: