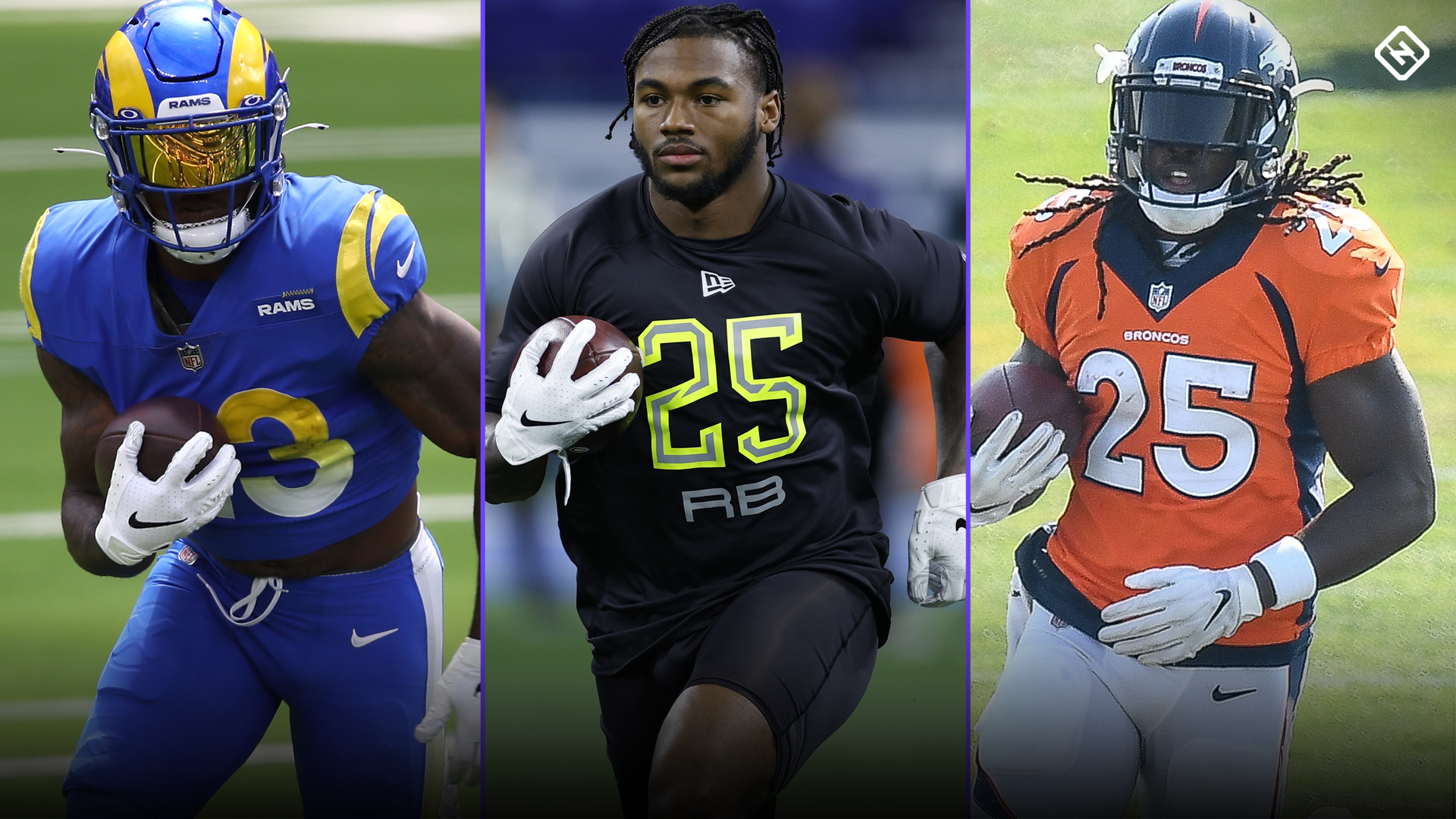 Week 1 of the NFL season has arrived, and in just a few days, fantasy football owners will be kicking back to enjoy the first Sunday of the season. Well, at least they hope they’re going to enjoy it. Sometimes, those tough start ’em, sit ’em decisions for your fantasy team can get in the way. In all likelihood, you’re not going to bench any of your early picks because of a bad matchup, but this year, some players in new situations, like Cam Akers, D’Andre Swift, and Melvin Gordon, could be potential Week 1 busts because we haven’t seen them suit up with their new teams.

Between the absence of the preseason and injuries to key contributors, there are plenty of worries this week. That’s not to say that these players will be total duds, but there is something about their matchups or roles that doesn’t look favorable. If you have a player listed below and don’t have any better (or at least comparable) options, then feel free to leave them in the lineup. Just know that the player carries some risk.

Without further ado, here’s a look at our potential bust picks for the first week of the season. If you’re looking for some potential bust replacements, check out these sleeper options for Week 1.

Cam Akers, Rams vs. Cowboys (Jacob Camenker). Sean McVay has indicated that he’s planning on using all three of his RBs in rotation against the Cowboys in Week 1. Akers may eventually emerge as the lead back, but as long as he’s splitting carries, he comes with considerable risk, even in a favorable matchup.

Melvin Gordon, Broncos vs. Titans (Matt Lutovsky). We’re lower on Gordon than most sites this season — partially because of his disappointing 2019 (3.8 yards per carry) and partially because of how good Phillip Lindsay is. Either way, Denver’s offensive line is still below average, and we’re just not sold on Gordon having a big performance against a solid Titans defense, at least in standard leagues.

Carson Wentz, Eagles @ Washington (Camenker). This may seem like an odd pick considering Wentz threw three TDs both times he played Washington last season, but he may not be in for as much success this time. Philly has lost two starting O-Linemen (Andre Dillard, Brandon Brooks) to injuries and DeSean Jackson is the only proven wide receiver on the team. If Washington can contain Jackson enough, they will be able to generate a lot of pressure with their stellar defensive front and keep Wentz uncomfortable, especially if Wentz’s mobility is impacted by his recent recovery from a groin injury.

Aaron Rodgers, Packers @ Vikings (Iyer). Minnesota’s defense remains formidable on every level even with some big changes. Avoid Rodgers on the road.

Daniel Jones, Giants vs. Steelers (Lutovsky). Jones has a lot of sleeper appeal in general — just not this week. Pittsburgh is still one of the best defenses in the league, and Jones is still inexperienced and turnover prone. He’ll have to do a lot of damage with his legs in order to be playable in single-QB formats.

A.J. Green, Bengals vs. Chargers (Camenker). Green is recovering from a hamstring injury and didn’t play last year because of a foot injury. He’ll need some time to get back up to playing speed and develop chemistry with Joe Burrow. It will be tough for him to do too much against the Chargers’ solid secondary headlined by Casey Hayward and Chris Harris, so Green may not do a whole lot in his first contest this year.

Amari Cooper, Cowboys @ Rams (Iyer). He tends to be erased by top corners such as Jalen Ramsey, especially when Dallas has so many other options.

DeVante Parker, Dolphins @ Patriots (Lutovsky). Parker fared well against Stephon Gilmore in Week 17 last year (8-137), but we’re expecting Gilmore to rise to the challenge and look for a little revenge on Sunday. Expect something closer to their first meeting last season in Week 2 (zero catches on seven targets).

Austin Hooper, Browns @ Ravens (Camenker). The Ravens were the best team in the NFL against TEs last year, allowing a measly 4.9 FPPG to the position. The addition of Patrick Queen should only help them improve in that area, so Hooper should be avoided this week.

Jared Cook, Saints vs. Buccaneers (Iyer). His follow-up bust season begins with a dud against the Bucs’ linebackers and safeties.

Rob Gronkowski, Buccaneers @ Saints (Lutovsky). Gronk will probably be a touchdown-or-bust player most weeks, and the Saints have the personnel to hold him down all over the field.

San Francisco 49ers vs. Cardinals (Camenker). The 49ers had trouble containing the Cardinals in two meetings last year. Arizona averaged 311.5 yards and 25.5 points per game against San Francisco and managed to avoid turning the ball over in one of their matchups. The 49ers still have sack potential, but if they can’t generate a turnover, they could disappoint early in the season.

Los Angeles Rams vs. Cowboys (Lutovsky). Dallas allowed the third-fewest fantasy points to D/STs last year, and even with a banged-up O-line, they still don’t figure to allow many to a weakened Rams defense.

staronline@reachplc.com (Gareth Bicknell) Mike Tyson has called out Anthony Joshua, saying the chance to fight the heavyweight champion for charity would be "mind-blowing". Tyson, 54, has...
Read more

Under the new rules, designed to slow the spread of the coronavirus, all bars and restaurants are now required to close by 10pm each...
Read more