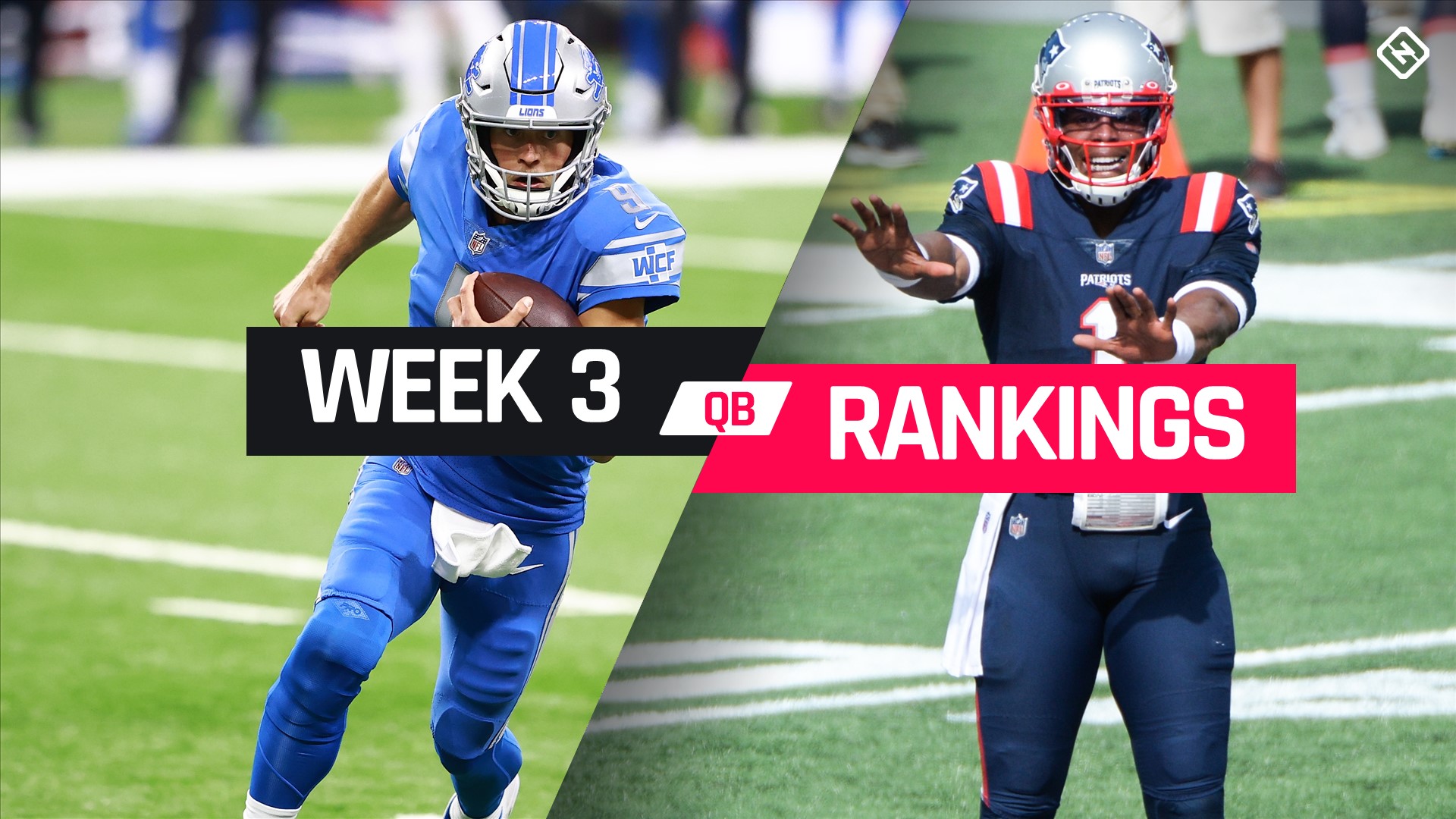 Last week was weird on virtually every level. Dak Prescott was vulturing rushing touchdowns from Ezekiel Elliott. Both Drew Lock and Jimmy Garoppolo failed to finish their games (and Tyrod Taylor didn’t even start his). Gardner Minshew and Josh Allen both threw for a ton of yards, while a hot Tom Brady start was followed by barely more than 20 passing yards in the final quarter and a half. The big question in our Week 3 fantasy QB rankings is how much of Week 2 should we believe in, and how much was just randomness that can happen in any particular week of fantasy football?

Brady’s as good a place to start as any — he threw for nearly 200 yards in the first half and was cruising, but a big lead meant he slowed down and finished with 217 yards. Bruce Arians has the reputation of a “passing coach,” but Brady was due to start leaning more on his running game eventually. This could be the year. On the other side, Teddy Bridgewater threw for 367 yards but two interceptions and no touchdowns. No, you don’t want Bridgewater over Brady, but it’s proof of how game flow can matter.

One misconception worth getting rid of after Week 2 is the idea that Ryan Tannehill can’t be a productive fantasy QB because the Titans run too much. Plenty of running Sunday didn’t stop Tannehill from throwing two touchdowns or more for the ninth straight regular season game (and in this case, he threw four touchdowns). His upside might be lower than someone like Jared Goff, who could throw 60 passes in a given week, but Tannehill deserves every-week starter consideration for his consistency. We’re also going to stop hating on Matt Ryan’s garbage-time production because he also puts up numbers in close games, too (though he was helped by some great field position after three first-half Cowboys fumbles).

It was also encouraging to see the Bengals let Joe Burrow attempt more than 60 passes on Thursday night as they worked on a comeback. It’s obvious the rookie will be free to do his thing all season long, and that includes rushing that makes him an intriguing fantasy option. With 10 days off after a second straight loss, Burrow should come out ready to go in Week 3 against an Eagles defense that’s been underwhelming thus far.

And we just want to remind you how good Kyler Murray is. Hopefully you drafted the guy who can do this.

Justin Herbert was a surprise starter in Week 2 as Tyrod Taylor (chest) sat on the sideline looking sad with trainers surrounding him. Whoever starts for the Chargers is at least worth consideration in 2-QB/superflex leagues, but it probably won’t be obvious until later in the week who that is. Herbert might actually be the more appealing play here, showing he could both run and throw in his first career start. If word is Herbert will keep the job, he’s worth grabbing even in one-QB leagues of 12 teams or more.

We’ll have to keep an eye this week on two notable injuries. Drew Lock was taken down hard on his right (throwing) shoulder and didn’t return to Sunday’s game, and Jimmy Garoppolo didn’t return from halftime after playing through an injured right ankle for much of the first half. Neither figures to be worth starting in single-QB leagues next week if they return, but virtually every QB is important in two-QB/superflex leagues.

Note: Check back throughout the week, as we’ll continue to update our QB rankings up until kickoff based on the latest news and injury updates.

These rankings are for four-point passing TD leagues.