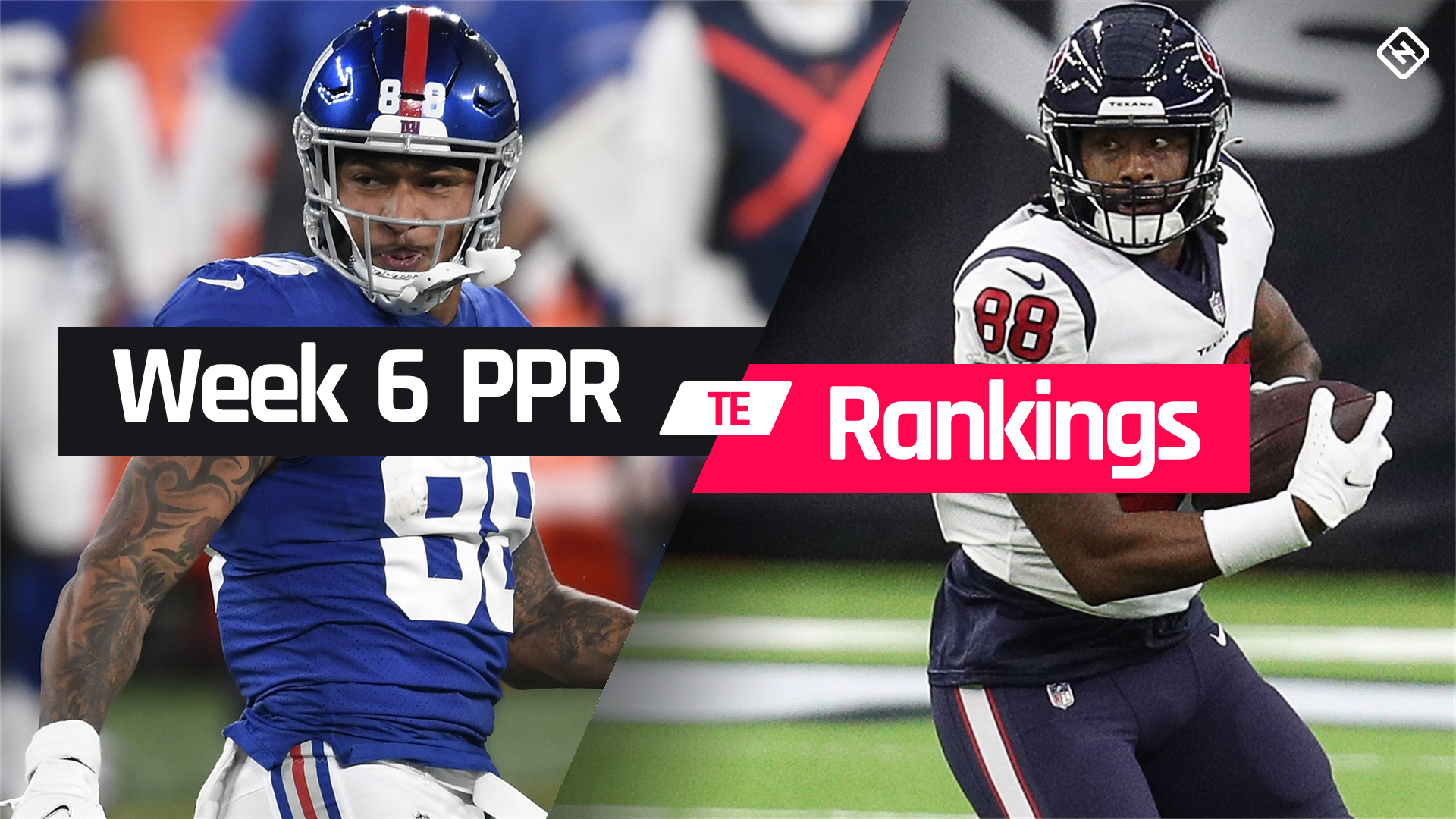 It’s not a fun week to be looking for a streamer tight end in PPR formats. Darren Waller, the NFL’s most targeted tight end, is on a bye along with three other solid volume guys (Jared Cook, Hunter Henry, and Greg Olsen). As a result, our Week 6 fantasy PPR TE rankings are weaker than usual, and most of the sleepers to target are, unfortunately, TD-dependent.

It’s not all bad news at tight end. George Kittle, Travis Kelce, and Mark Andrews all have pretty favorable matchups in Week 6. If you own one of those three players, you’re in good shape as always. Beyond them, it gets dicier, but there are still a couple of solid streaming options.

Notably, Eric Ebron is available and has a good matchup against a Browns team that entered Week 5 allowing the fifth-most fantasy points per game to TEs. He is owned in fewer than 50 percent of Yahoo leagues, so he’s a worthwhile pickup despite his questionable hands. If not him, Jordan Akins, who is becoming more involved as a pass-catcher in the Texans’ offense, could be a solid option. He is averaging 3.8 targets per game but saw seven in one contest earlier this season. If he can get that kind of volume against a Titans defense that has had issues against TEs, he could turn into a sneaky-good play. So could Trey Burton (vs. Bengals), who has seen five targets in each of his first two games with the Colts.

It’s also worth noting that T.J. Hockenson (Lions) and Robert Tonyan (Packers) are returning from byes this week. Hockenson is averaging five targets per game and has grabbed a couple of TDs this season, andTonyan is an emerging threat who has scored five times in his past three games. The duo might not be “sure things,” but they have relatively high floors and should have enough opportunities to make an impact in PPR formats.

Check back for updates to these TE PPR rankings throughout the week.

These rankings are for full-point PPR leagues