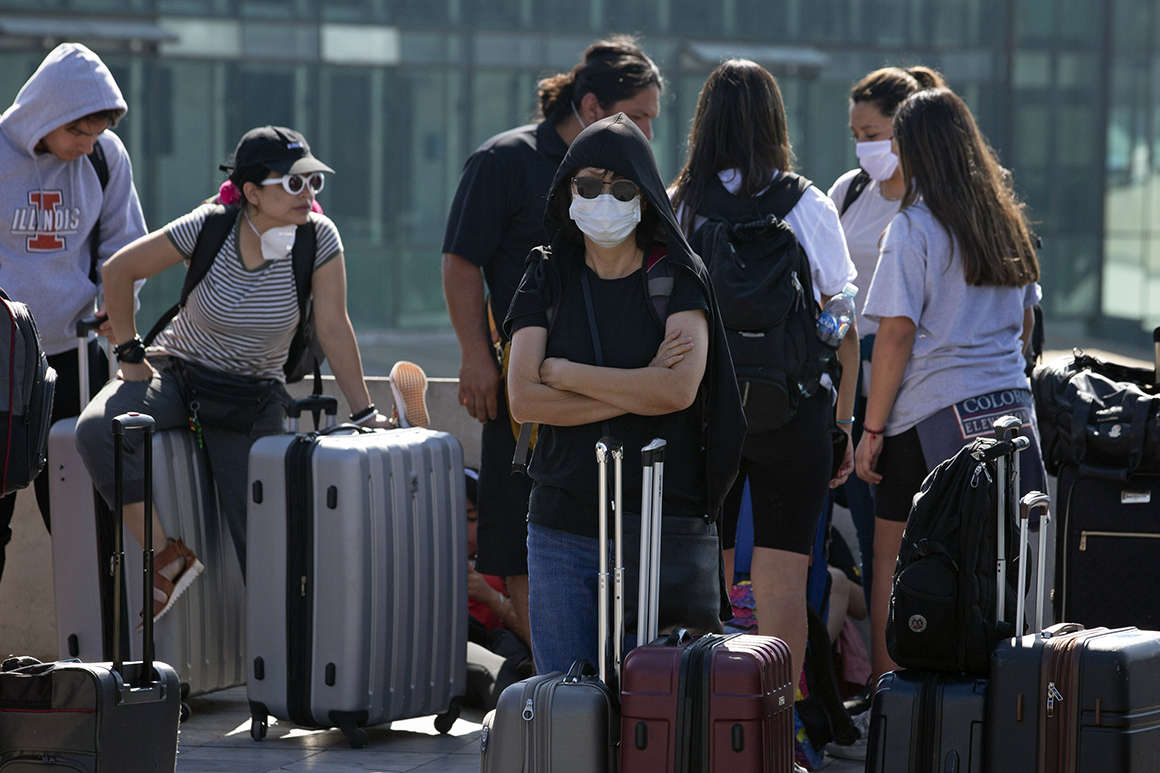 “It’s a matter of statute. The Department of State does not have a choice in that matter. We are not in a position to forgive those loans given the statute,” said deputy assistant secretary for consular affairs Karin King, after being pressed at a recent congressional hearing.

Though those untold thousands took direct loans, the main method of payment for State-chartered repatriation flights was promissory notes, without anything more than an estimate of how much it might cost. Most of the people repatriated, especially in the beginning of the department’s efforts, were handed blank documents which they had to sign before they got on the plane, promising to pay back the government when billed.

And though they didn’t get their passports invalidated, they’re still waiting for bills, too — and dreading the unknown price tag, even as the country racks up record-high unemployment numbers.

One family is checking the mailbox every day, dreading a charge as high as $ 10,000.

Daniel Musick and his wife and two children had lived in northern India for three years, but as the coronavirus situation got worse and the U.S. Embassy started issuing dire warnings, they decided they would be safest in the U.S.

By then, commercial flights had shut down and their only choice was a State repatriation flight operated by United Airlines.

Musick doesn’t know how much their bill will be yet, but he was told by an embassy official at the airport that it would be near $ 2,500 per person. Another point of uncertainty is whether Musick will be billed for his one-year-old son, who didn’t take up a seat.

“I’m not looking for a free flight,” he said in an interview with POLITICO. But for a family of four with two teachers’ incomes, they’re dreading — and expecting — an overwhelming bill. “I have no idea how we’re going to pay for it,” Musick said.

The latest news in transportation and infrastructure politics and policy.

Others are also still awaiting bills as much as four months later, according to interviews with 6 people who took flights from India, Peru and Guatemala in March and April.

Beyond the wait, they also don’t know what the price tag will ultimately be. Embassy officials at best would give rough estimates, which in at least one case increased four times as the flight approached.

Zara Bloom, who was trying to get home from Lima, Peru, said signing the blank promissory note was “super frightening” but she felt like she had no choice. She has lost her job since returning home and said she doesn’t think she’ll be able to pay a large bill. She, like others, doesn’t know what amount to expect.

There are at least two bills in play in Congress which would change that, both introduced earlier this year. However, neither has moved beyond being introduced.

“If you’re having to have the State Department fly you out, it is not a good or safe situation. And a lot of these families can’t afford it, frankly,” said Rep. Debbie Dingell (D-Mich.), the sponsor of one of the bills in an interview. “The cost is coming in really high.” Rep. Nydia Velazquez has sponsored a similar bill which has 35 cosponsors, including several Republicans.

Dingell noted that other countries have not asked for reimbursement from their citizens for repatriation flights during the pandemic, and said that Americans shouldn’t have to pay either.

“This is what we have to do. That’s one of the jobs of the State Department,” she said.