West could be destroyed by new Russian hypersonic missiles that... 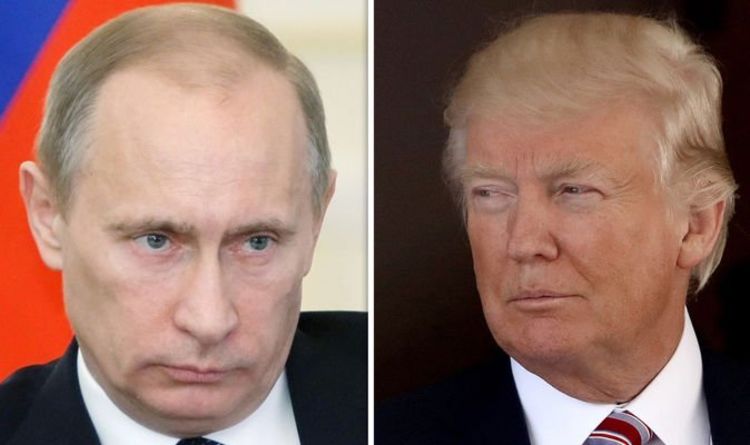 In a dramatic challenge to the US the Avangard hypersonic rocket is believed to be capable of bypassing America’s missile defence system. It travels at 27 times the speed of sound and can hit almost any point on the planet.

Russian President Vladimir Putin claimed with the new weapon Russia is leading the world in weapon development for the first time, rather than merely following the US.

An Avangard missile was launched from Dombarovskiy missile base in the Urals in December 2018, before hitting a target 3,700 mile away.

China has also tested a hypersonic missile, the Dong Feng 17.

The missile, which can travel five times the speed of sound, was displayed at a Chinese military parade.

America is also working to develop hypersonic missiles, but is believed to be some way away.

In August defence secretary Mark Esper suggested the US is unlikely to have a working hypersonic missile of its own for a couple of years.

Earlier in the year President Putin commented: “It heads to the target like a meteorite, like a fireball.”

He stressed the manoeuvres was in keeping with international laws.

Mr Wu said: “It is not necessarily connected with the regional situation.”

Part of the operation will be held in the sensitive area of the Gulf of Oman, which is connected to the Strait of Hormuz.

Every day around a fifth of the world’s crude oil supply – 20 million barrels – passes through the Strait.

Iran’s Revolutionary Guard has a heavy presence in the busy 21-mile wide channel.

The waterway was the scene of clashes between Iran and foreign tankers this year.

The drills come amid simmering tensions between Iran and the US.

The Islamic Republic’s economy continues to be crippled by sanctions imposed by President Trump.

After Mr Trump pulled the US out of the Iran nuclear accord and slapped on the sanctions, Tehran blamed the other signatories for failing to protect its economy.

The UK, Germany, France, Russia, China and the EU all signed the treaty.