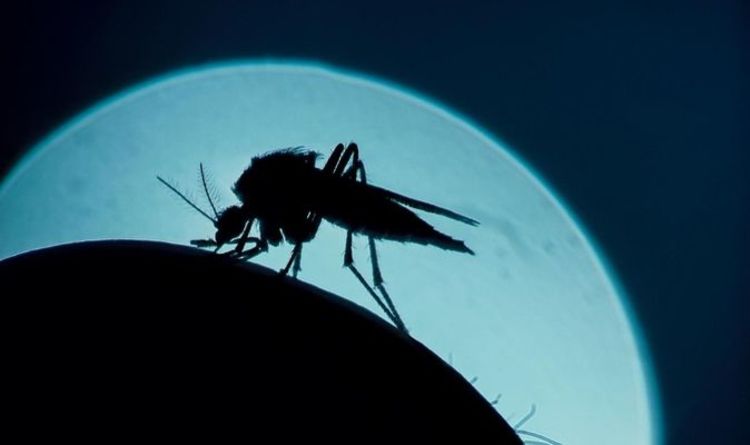 Since 2003, mosquitoes carrying a disease known as the West Nile virus have appeared in the US thanks to the warming climate. According to the Centers for Disease Control (CDC), about 2,300 people in the US have died from the disease – and as the climate continues to warm, more cases will be found, experts have said.

As the name suggests, the virus, and the mosquitoes carrying it, originate from the Nile, in northern Africa, where conditions are much more warm and humid.

However, climate scientists believe that as the US, particularly in the south west such as California, gets warmer, more cases will be discovered which will inevitably lead to more deaths from the disease which currently has no vaccine.

A study from the University of California (UC) Berkeley analysed 2 million mosquitoes which had been captured across California between 2006 and 2016.

The team found that infection among captured mosquitoes was strongly associated with the average temperature in the neighbourhood, according to the research published in the journal Proceedings of the Royal Society B.

Nicholas Skaff, the lead author of the study and a former postdoctoral scholar in environmental health sciences at UC Berkeley’s School of Public Health, said: “Our data revealed a sharp transition, whereas temperatures shift between 70 to around 73 degrees Fahrenheit—the likelihood of capturing infected mosquitoes in LA neighbourhoods increases dramatically.

The coast of California is expected to undergo noticeable warming in the coming decades, which could prove to be the perfect breeding ground for the disease-carrying mosquitoes, said Justin Remais, associate professor of environmental health sciences at UC Berkeley.

Michelle Starr Aurora - the dancing glow of ionised particles in Earth's upper atmosphere - is not unique to our planet. The phenomenon has been spotted...
Read more
Science

Peter Dockrill Australia's horrific bushfires from late 2019 to early 2020 were like nothing the nation had ever seen. Multiple megafires blazed across the land,...
Read more
Science

Commercial fishers captured a catshark around the waters of Sardinia, but were stunned by the condition of the beast. Marine biologists noted that the...
Read more
Science

WHEN 26-year-old dental school graduate Sarah Soon is not hiking or out-and-about amongst nature, she occasionally paints.Beyond that, she is also a musician, and...
Read more