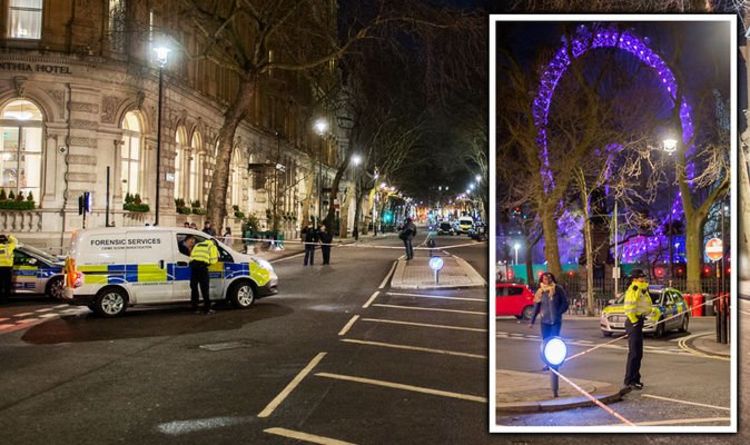 Police cars and a helicopter were seen circling Northumberland Avenue between Victoria Embankment and Trafalgar Square in Westminster at 11.27pm last night. Metropolitan Police said officers were patrolling the area when they noticed the man acting suspiciously. When challenged by police, the man produced two knives.

Armed officers responded and a Taser and police firearm were used.

London Ambulance Service attended but the man was pronounced dead at the scene at Great Scotland Yard a short time later.

No police officers or members of the public were injured during the incident.

The Met Police told Express.co.uk: “A man has been shot dead by officers following an incident in Westminster at 11.27pm on Sunday, March 8.

“This is NOT being treated as a terrorist incident.

“No police officers or members of the public were injured during the incident.

“Enquiries into the circumstances remain ongoing.

“The incident is not being not being treated as terrorism.

“Road closures remain in place around the area.