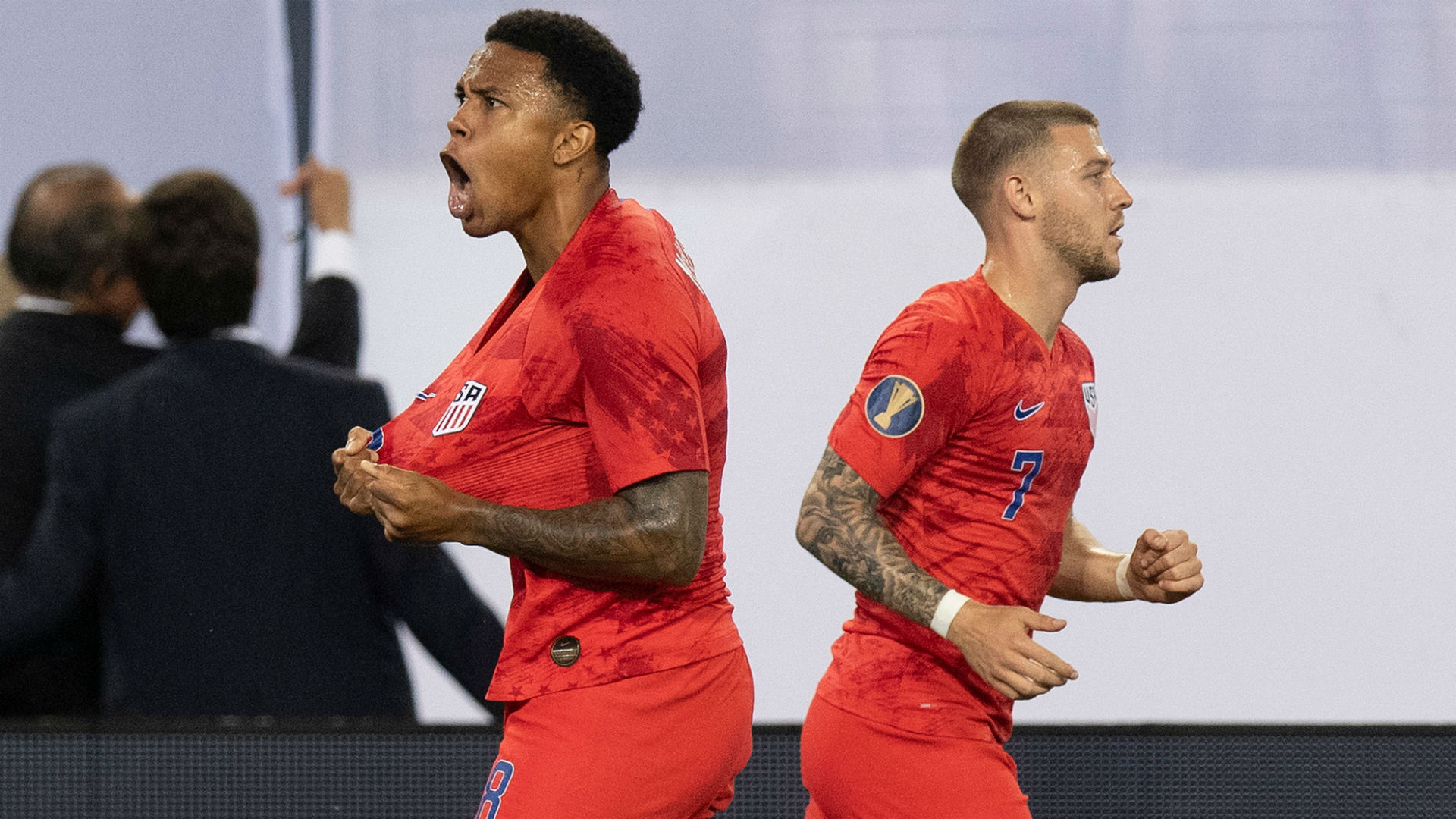 U.S. men’s national team midfielder Weston McKennie disputed claims that the group lacks an identity, with the Schalke star saying that playing with the current group is fully in tune with everyone else involved.

McKennie’s response comes in the wake of comments made by USMNT goalkeeper Zack Steffen, who recently stated his belief that the program was still trying to discover its identity.

According to Steffen, the year between Bruce Arena’s departure and Gregg Berhalter’s arrival as coach did little to help the team find chemistry or develop a system. The goalkeeper added that the U.S. is still integrating a full pool of young players who are looking to find their own way on the international stage.

BUNDESLIGA: How to watch in the U.S.

“Whenever I think of the national team, I think of the collective group – that we know what we want to do, we know the type of players we have, and everybody knows what they have to offer, what we can do and everyone knows our abilities,” McKennie told ESPN.

“When they say it’s a lack of identity, I don’t agree with that at all, either. Our group is so close together, and so molded together and understand each other so well, it’s something I haven’t experienced in a long time.”

McKennie used Cristian Roldan as an example of that identity, pointing to the Seattle Sounders midfielder as a key figure within the team.

DeCOURCY: German reopening shows ‘new normal’ may not be that abnormal

Roldan has earned 19 USMNT caps since making his international debut in 2017, earning a spot on each of the last two Gold Cup rosters. And, while he has never been penciled in as a regular starter, Roldan is a perfect example of someone who helps bring the team together.

“Cristian Roldan is a good example,” McKennie said. “He doesn’t start many of the games, but the thing is, the games I have played and started on the national team – he is such a team player. That’s probably the biggest team player I’ve ever met in my life.

“I’ll come in at halftime and he’ll leave his spot, come sit down next to me and tell me things like, ‘Wes, if you can open up to this pocket here, you’ll be able to get the ball more because they’re closing that midfield down.'”

McKennie made his senior debut for the U.S. in 2017, scoring against Portugal in the team’s first game under then-interim boss Dave Sarachan. He has gone on to earn 19 caps total, scoring six goals in the process while taking part in the USMNT’s second-place finish at the 2019 Gold Cup.

McKennie and Schalke recently returned to play in the Bundesliga, losing 4-0 to Borussia Dortmund in their first match back following the break caused by the coronavirus.

Schalke is set to face Augsburg on Sunday in its next league match.