What channel is Borussia Dortmund on today? Time, TV schedule to watch game vs. Wolfsburg 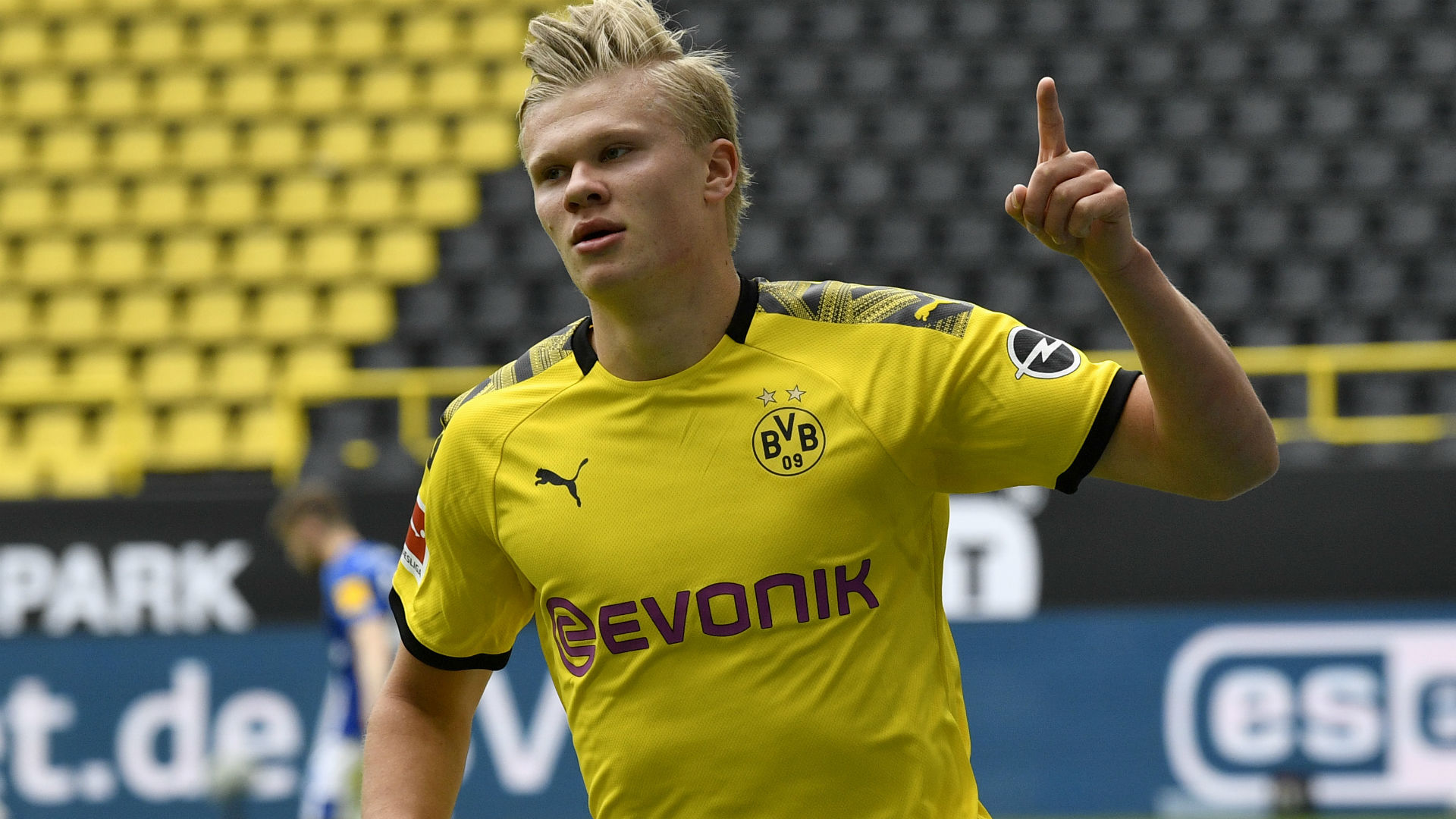 Borussia Dortmund has gained a lot of new fans during the Bundesliga restart, especially after its 4-0 win in the Revierderby over Schalke last Saturday. Supporters new and old will be tuning in to Saturday’s game at sixth-place Wolfsburg, another tough opponent.

The Black and Yellows won the reverse fixture 3-0 at Signal Iduna Park and should be favored in this matchup, but don’t count out Wolfsburg, whose defense could make this a difficult game. Led by American center back John Brooks, it runs a tight ship at the back, allowing the third-fewest goals (31) in the league this season.

There’s a lot at stake for both teams. While Dortmund is fighting to catch Bayern Munich at the top of the table, Wolfsburg is battling for sixth place to claim the last Europa League qualification spot.

Keep an eye on Erling Haaland, the 19-year-old Norwegian striker who has been wreaking havoc in the Bundesliga ever since he joined the team during the January transfer window. He has already scored 10 goals in just nine league gams. If he continues at that pace, he could finish in the top three of the golden boot race, which is crazy considering he would have only played half the season.

Another player to watch is 17-year-old American wunderkind Giovanni Reyna, who was supposed to make his first Bundesliga start last weekend but picked up an injury during the warmup. He’s supposed to be back Saturday along with central midfielder Emre Can, who also missed last weekend’s match. Marco Reus, Axel Witsel and Dan-Axel Zagadou are all still out of the lineup with injuries.

BUNDESLIGA PLAYERS TO KNOW: Nine Americans, one Canadian to watch in Bundesliga restart

It will also be interesting to see whether Jadon Sancho starts. The 20-year-old English winger has been one of, if not the most electrifying talents in the Bundesliga this season. He has bagged 14 goals (third-most) and dished out 15 assists (second-most) in league play, tying Robert Lewandowski (26 goals, three assists) for most combined goals and assists. But he didn’t get the start against Schalke even with Reyna as a late scratch. Thorgan Hazard got the nod instead, while Sancho came on in the second half well after the game had been decided as Hazard picked up a knock.

It isn’t uncommon for Dortmund manager Lucien Favre to keep his most prolific weapons on the bench; last season, he regularly used Paco Alcacer as a super sub, which worked to perfection in wins over Bayern Munich and Augsburg. Will this become a trend with Sancho, or was it just a one-off?

Dortmund will kick off at 9:30 a.m. Eastern Daylight Time in Wolfsburg.

How to watch Borussia Dortmund vs. Wolfsburg in USA

​Fox Sports is the broadcast home for the biggest Bundesliga games in the United States. This weekend’s game between Borussia Dortmund and Wolfsburg will be broadcast in English on FS1. The game will also be broadcast in Spanish on TUDN and UniMas. Fans who don’t have cable can stream the game on fuboTV, which offers a seven-day free trial.

Here’s a look at Borussia Dortmund’s schedule for the remainder of the Bundesliga season, starting with Saturday’s match at Wolfsburg. Other highlights include “Der Klassiker” against Bayern Munich at home on May 26, at Leipzig for the penultimate game on June 20 and at home against Hoffenheim for the last game of the season on June 27.