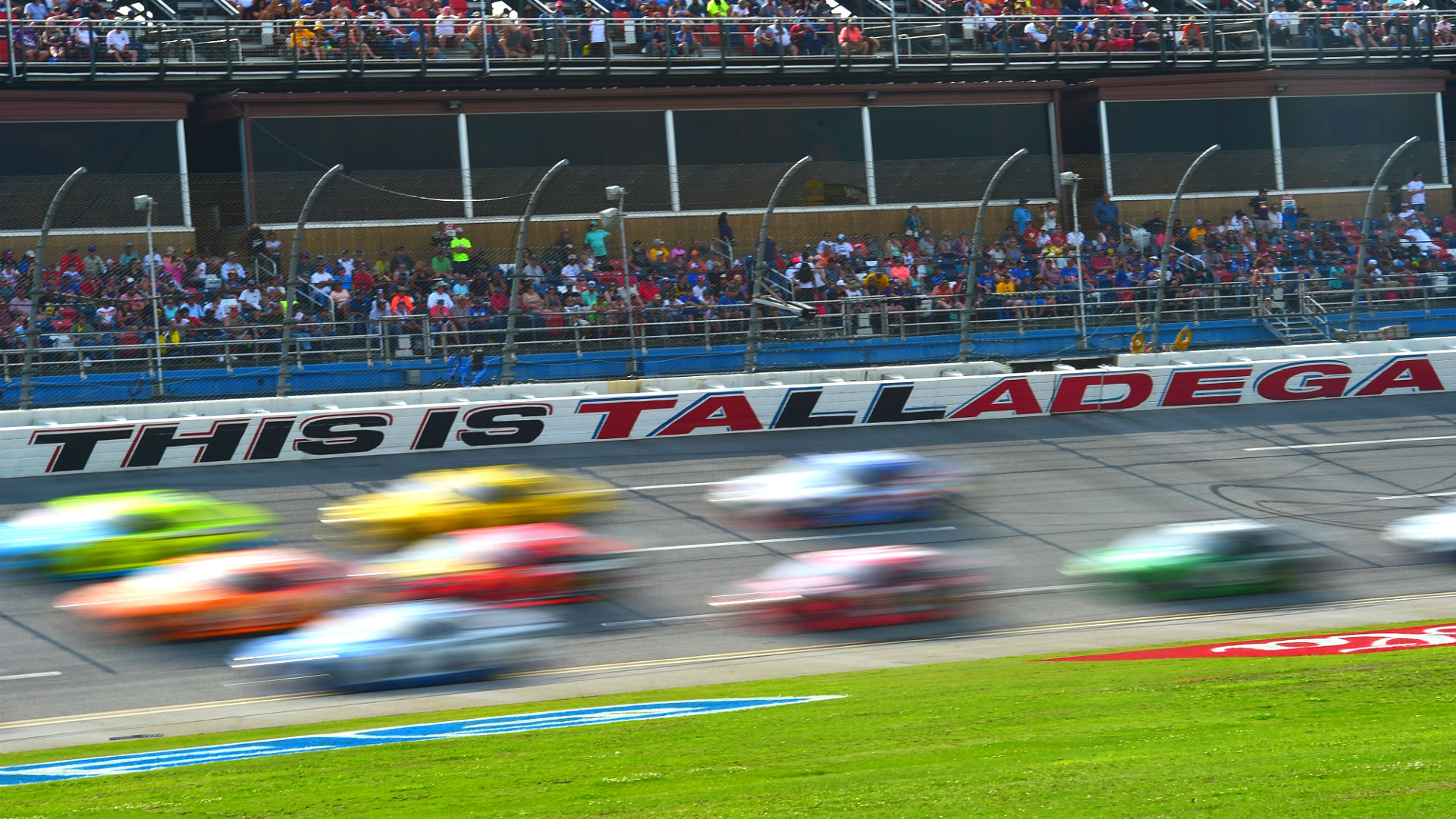 (UPDATE: Sunday’s NASCAR Cup Series race at Talladega was postponed to Monday due to severe weather. The race will start at 3 p.m. ET on Fox.)

The TV channel for a NASCAR race is elusive enough in a normal season when Fox and FS1 trade broadcasts of Cup Series events through the first half of the schedule. The challenges associated with the coronavirus pandemic make the “what channel is today’s NASCAR race on” question even more understandable.

Today, for the fifth time since NASCAR returned to live racing last month, the race will broadcast live on Fox. The Geico 500 at Talladega Superspeedway, the second superspeedway race of the season and the first this year at NASCAR’s biggest track, will proceed on its new date with a start time of 3 p.m. ET.

Monday’s race at Talladega is the ninth in NASCAR’s return on an altered, short-term schedule and the 14th race overall as it attempts to keep a 36-race Cup Series slate intact for 2020. For now, with remaining doubt about how NASCAR can construct its schedule beyond July given differing restrictions on gatherings of people from state to state, the short-term schedule only includes races through Aug. 2.

The race at Talladega was added back to the Cup Series schedule after being postponed from its original date (April 26). The race will be the same distance as originally scheduled, 188 laps for a total of 500 miles with stage lengths of 60, 60 and 68 laps.

Below is how to watch Monday’s NASCAR Cup Series race at Talladega, including the TV channel and live stream options.

Including Monday’s race at Talladega, Fox and FS1 will broadcast five more Cup Series races. That includes the July 15 All-Star Race before NBC takes over to broadcast its half of the schedule.

Below are the top 40 TV markets in the Unites States and the local Fox affiliate for each.

As is the case for all the Cup Series races on Fox and FS1 this season, Mike Joy and Jeff Gordon will call Monday’s race at Talladega. Until further notice, they will do so remotely from the Fox studio rather than the booth at the track.

The 3 p.m. ET start time for the Talladega race is the second such start time for the Cup Series since it returned to racing last month, with the June 7 race at Atlanta being the other. The July 19 race at Texans and the Aug. 2 race at New Hampshire are the other two events currently confirmed on the NASCAR Cup Series schedule that will start at 3 p.m. ET.

Talladega, Ala., is located in the Central Time Zone, so the race’s start time locally will be 2 p.m. ET. That’s notable considering Talladega Superspeedway does not have lights in the event the race is delayed again.

Anybody who has a cable or satellite subscription can stream Monday’s NASCAR race at Talladega live via Fox Sports Go. This should be the preferred route for a viewer who has such a subscription but isn’t able to get in front of his or her TV.

For those who don’t have a cable or satellite subscription, there are five OTT TV streaming options that carry Fox — Sling, Hulu, YouTubeTV, fuboTV and AT&T Now. Of the five, Hulu, YouTubeTV and fuboTV offer free trial options.

NASCAR on June 4 released its latest revised Cup Series schedule through July of 2020. It remains committed to running 36 races, four of which were completed before the COVID-19 pandemic shut down the sports world. According to Fox Sports, NASCAR hopes to keep its 10 playoff races in the fall intact and at their original tracks.

Below is the schedule revision for the Cup Series, starting with the races at Darlington the Cup Series ran in its return last month:

The Pocono doubleheader remains as previously scheduled for the final weekend of June, with the Cup Series racing on back-to-back days. Those races now will be presented on Fox (and FS1) rather than on NBC. Fox’s will close its coverage this season with the All-Star race at Bristol on July 15 before NBC takes over, but NBC will still broadcast the Brickyard 400 on July 5.

The Cup Series races still postponed include events at Dover and Michigan. NASCAR’s next challenge will be finding dates for those races while it tries to sort out the rest of the 2020 schedule, but doubleheaders at those tracks in August are possible.