What channel is NASCAR on today? TV schedule, start time... 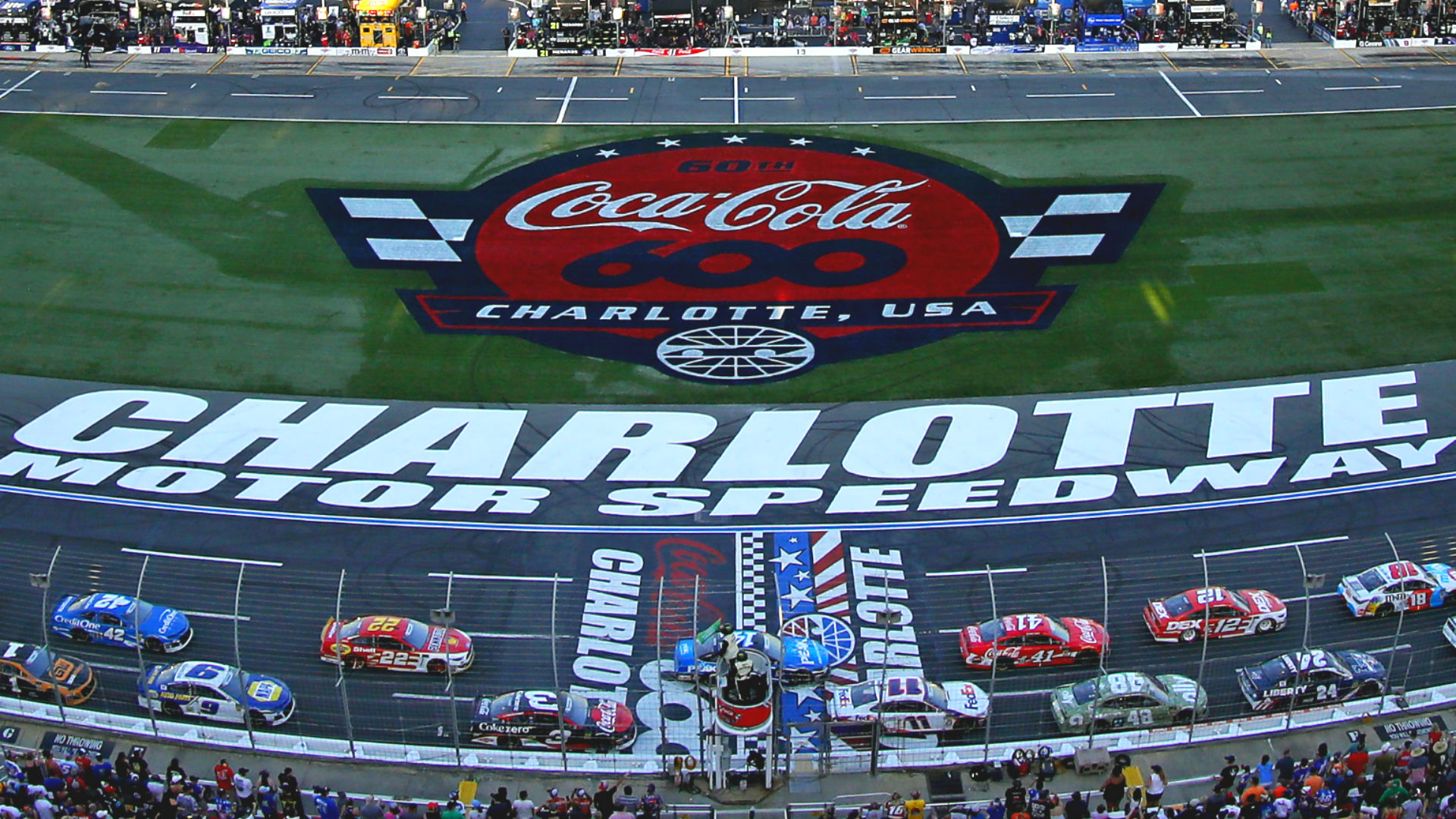 The TV channel for a NASCAR race is elusive enough in a normal season when Fox and FS1 trade broadcasts of Cup Series events through the first half of the schedule. The challenges associated with the coronavirus pandemic make the “what channel is today’s NASCAR race on” question even more understandable.

Tonight, for just the third time in a couple months, those who seek the TV channel for the NASCAR race will be doing so in order to watch a real, live event rather than a virtual competition. The Coca-Cola 600 at Charlotte Motor Speedway, the first of two Cup races at the track in a four-day span, will broadcast live on Fox with a start time of 6 p.m. ET.

The Coca-Cola 600 is the third race in NASCAR’s return on an altered, short-term schedule as it attempts to keep a 36-race slate intact for 2020. For now, with remaining doubt about how NASCAR can construct its schedule beyond June given differing restrictions on gatherings of people from state to state, the short-term schedule includes only a handful of tracks.

Below is how to watch Sunday’s Coca-Cola 600 at Charlotte, including the TV channel and live stream options.

Last week’s Darlington race Sunday, which was the first for NASCAR since the coronavirus pandemic shut down live sports in March, drew 6.32 million viewers with its 3:30 p.m. ET start time on Fox. That was a 38 percent jump over the last Cup Series race, which ran March 8 at Phoenix Raceway. Another Sunday race on Fox’s cable network should bring similarly strong TV ratings.

Below are the top 40 TV markets in the Unites States and the local Fox affiliate for each.

A 6 p.m. ET start time has become the customary protocol for the Coca-Cola 600, NASCAR’s longest race. It’s the only event in the sport that features four stages rather than three, and each Coca-Cola 600 stage will be 100 laps.

The Coca-Cola 600 begins in the heat of the daylight, but it gradually turns into a night race over the span of roughly 4 1/2 hours. That leads to cooling track temperatures and puts the onus on adjustments as teams attempt to navigate the race.

Fox’s coverage of pre-race ceremonies from Charlotte Motor Speedway — which are special on Memorial Day weekend — will begin at 6 p.m. ET, and the Coca-Cola 600 is scheduled to take the green flag 28 minutes later.

Anybody who has a cable or satellite subscription can stream Sunday’s Coca-Cola 600 live via Fox Sports Go. This should be the preferred route for a viewer who has such a subscription but isn’t able to get in front of his or her TV.

For those who don’t have a cable or satellite subscription, there are five OTT TV streaming options that carry Fox — Sling, Hulu, YouTubeTV, fuboTV and AT&T Now. Of the five, Hulu, YouTubeTV and fuboTV offer free trial options.

NASCAR on May 14 released its revised Cup Series schedule for May and June of 2020. It remains committed to running 36 races, four of which were completed before the COVID-19 pandemic shut down the sports world. According to Fox Sports, NASCAR hopes to keep its 10 playoff races in the fall intact and at their original tracks.

Below is the schedule revision for the Cup Series:

(NASCAR warns that the stage lengths and start times for the races above are tentative and subject to change.)

To start, NASCAR is scheduling races within driving distance of the Charlotte area, where most race teams are headquartered. That eliminates most of the travel-related logistics issues associated with running multiple races in one week, which appears necessary for a full season of racing.

Because those tracks are hosting more races than originally scheduled, NASCAR had to take races away from Chicagoland, Richmond and Sonoma. Via NASCAR, below are the details of those changes:

— “Chicagoland’s NASCAR Cup Series race, originally set for June 21, has been reassigned to Darlington on May 17. The 1.5-mile Illinois track’s Xfinity Series race that was scheduled June 20 will be held May 19 at Darlington. Chicagoland was also set to host the Gander RV & Outdoors Truck Series (June 19) and ARCA Menards Series (June 18); officials indicated that those races will be reassigned at a later date.”

— “Richmond Raceway’s springtime Cup Series event on the initial schedule for April 19 has been moved to Darlington on May 20. A Gander RV & Outdoors Truck Series race that was to be run April 18 remains postponed, with officials saying details would come later for rescheduling. The .75-mile Virginia track’s Sept. 11-12 race weekend remains on the schedule.”

— “Sonoma Raceway’s Cup Series date for June 14 has been moved to Charlotte on May 27. Officials for the road course said in a release that they had worked with NASCAR to find an alternate date on the schedule, but that a suitable replacement could not be reached, ‘given the ongoing uncertainty around large events in California.'”

Below are the four NASCAR Cup Series races that are currently postponed (and their original dates on the schedule):