What the president said he did on the virus —... 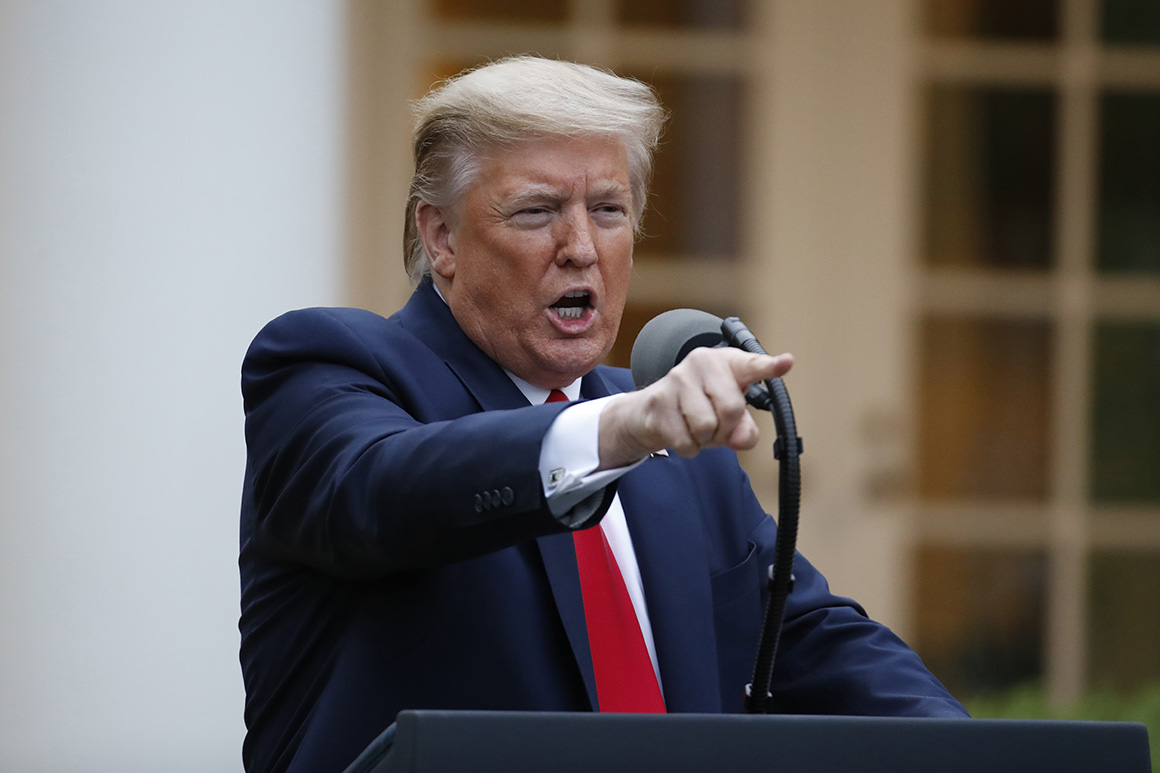 President Donald Trump, stung by accusations that he was slow to act on the coronavirus pandemic, has released a long list of key actions the administration took to save lives.

But the list, released by his campaign, overstates some of his actions – and leaves out the inactions.

The Centers for Disease Control did distribute tests, as the White House notes. But it omitted that the tests didn’t work – and even when they did get improved, testing capacity lagged way behind the need. It was during these crucial weeks, many public health experts say, that an initial scattering of infections snowballed into deadly hot spots. The president highlighted how he sought to get American CDC experts into China, while omitting that he had earlier cut back the U.S. engagement there. He did take action on vaccine development, which arguably helped.

Here’s all the ways the president said he took action – coupled with a reality check for what really happened.

The CDC admits that the test kits deployed early on in the crisis were deeply flawed, preventing widespread use and hobbling U.S. testing capacity. Two weeks after the initial announcement, just three of the more than 100 public health labs in the U.S. had verified the CDC test for use, according to the Association of Public Health Laboratories.

For more than three weeks, the federal government insisted that only CDC-developed tests could be legally used to identify coronavirus outbreaks. The kits’ failures left states dependent on mailed samples to the CDC’s central lab –which proved to be a major bottleneck, delaying results.

The eventual solution — a shift in FDA policy that let labs develop and deploy their own tests, beginning on Feb 29 — came nearly a week after APHL urgently requested the regulatory relief.

Britta Jewell, an epidemiologist at Imperial College, London, told POLITICO that the lack of early and widespread testing in the U.S. played an important role in the timing of social distancing policies. Her work suggests that implementing the policies two weeks earlier could have reduced coronavirus deaths tenfold.

“Many countries – not just the U.S. – were understandably trying to time social distancing policies to minimize economic pain,” Britta said, “But it’s very difficult to get the timing right if you don’t know with reasonable confidence where the hot spots are or how many people are infected.”

The document accurately notes that China prevented CDC and WHO experts from assessing the outbreak in early February. But it omits context – cuts to international public health efforts by the Trump administration prior to the pandemic had left a smaller footprint in China.

According to reports by Reuters, the administration eliminated a public health position in Beijing last July that had embedded an American epidemiologist in China’s disease control agency. More broadly, the CDC has cut dozens of China-based positions since Trump took office.

CDC denies that the reduced American presence affected its assessments of the pandemic threat.

U.S. intelligence agencies were also issuing their own classified warnings in January and February about the global danger posed by the virus and attempts by Chinese officials to minimize the apparent severity.

While technically accurate, the campaign’s descriptions omit the fact that Trump’s public statements throughout February repeatedly downplayed the pandemic.

While the White House Coronavirus Task Force did provide a briefing at the National Governors’ Association meeting, the panel stated that "the risk to the American public remains low at this time,” according to a summary released by HHS. Likewise, during the touted press briefing in India, Trump incorrectly stated that the virus was "very well under control in our country" and claimed the “whole situation will start working out.”

The White House letter to Congress did request $ 2.5 billion, although $ 535 million was redirected from Ebola prevention and treatment. Ultimately, after weeks of negotiation, Congress passed a $ 2 trillion relief package in late March with more than $ 120 billion in public health funding.

But Trump has repeatedly overestimated and overpromised how quickly a vaccine could be deployed. Optimistically, researchers say a vaccine could be ready after a year to 18 months of development and testing. But it would take more time to ramp up production.

Experts say a more immediate need was more production of personal protective equipment for health workers on the front lines. The list makes no mention of actions to accelerate that production until late March.

Further efforts to contain travel from other countries, once the virus had escaped China and gained footholds throughout Europe and Asia, didn’t come until the end of February. By then, strains of the virus originating in Europe were likely already circulating throughout New York City. Trump issued a comprehensive set of European travel restrictions on March 11. Experts say Iran was likely an early hot spot, although data on the virus’ spread in that country is limited.

While travel restrictions are a widely accepted tool for containing international disease outbreaks, some experts have criticized the focus on foreign travelers – noting that American citizens are no less likely to contract the disease and spread it upon their return.

While returning citizens are typically screened at airports, many have gone home with little more than an information pamphlet and instructions to self-quarantine. In contrast, Hong Kong – touted by some public health experts as a model international response – has run random saliva tests and subjected nearly all travelers to mandatory 14-day quarantines with criminal penalties for disobeying.